As Dancing with the Stars, which aired for 30 seasons on ABC, moved to its new home on Disney+ last year, it was clear that the global streaming giants had made themselves a firm part of the non-scripted entertainment formats landscape, helping to power the sector back into growth mode after a challenging few years amid the pandemic. And even as those platforms go through strategy shifts amid slowing subscriber gains, the demand for high-concept ideas that will deliver audiences and be easily replicable as services look to drive local gains in key markets remains intact.

Of note, Netflix added to its roster for 2023 the all-new unscripted survival competition series Outlast from Aggregate Films and Nomad Entertainment, announced a reboot of The Mole, greenlit Squid Game: The Challenge—billing it as “the biggest reality competition series ever”—rolled out a Japanese edition of Love is Blind and commissioned Iron Chef: Quest for an Iron Legend, a supersized approach to the original culinary competition, as well as the reality competition show Edge of Paradise, from All3Media’s Studio Lambert and Raw TV. Paramount+ greenlit a global all-stars edition of the Drag Race franchise and an international edition of the dating competition series Are You the One? Prime Video slated new concepts, including a dating reality show for the U.K. and Ireland, and commissioned new versions of returning formats, among them The Bridge across Europe and The Great Bake Off in Japan. Stan in Australia slated and then promptly renewed Love Triangle from the minds behind the Australian version of Married at First Sight. Peacock landed The Traitors, All3Media International’s high-concept reality competition, and became the new U.S. home of Love Island. The dating megaformat was also acquired by Free TV, a new streaming service in Israel. Image Nation Abu Dhabi secured the rights to NBCUniversal Formats’ Million Dollar Listing for STARZPLAY in the UAE. Viaplay brought the reality format Celebrity MasterChef to the Netherlands for the first time.

Indeed, the megaformats—and their various spin-offs and franchise extensions—remain sought after by linear and streaming platforms alike. Big Brother sealed a deal for a return to the U.K. and a new iteration in the Republic of Kosovo. The aforementioned Love Island landed in Albania and Malta for the first time, was commissioned in Greece and scored a two-season order for this year in the U.K. Survivor, which marked its landmark 25th anniversary in 2022, scored an agreement to return to Colombia after a 15-year absence and to the U.K. after a 20-year gap, with new deals in CEE. Another Banijay Rights megafranchise, MasterChef, also had a strong showing in 2022, including a version for contestants 60-plus in Brazil, MasterChef: Dessert Masters securing an order in Australia, FOX renewing the show in the U.S., a new long-term deal with the BBC in the U.K., a slot on France 2 and MasterChef: Young Talent landing on Viaplay in Denmark and Norway. Simon Cowell’s Syco Entertainment secured a groundbreaking $125 million securitization deal for the Got Talent IP with investment bank ACF as that format continued to gain traction in 2022. ITV commissioned Britain’s Got Talent: The Ultimate Magician, a one-off that brings together magicians from past seasons for a competition, while NBC greenlit America’s Got Talent: All-Stars. A brand-new adaptation was also ordered in Japan. BBC Studios signed deals for Dancing with the Stars in Latvia and Estonia as well as India, with the brand returning to COLORS. The Voice Generations, a spin-off of the talent competition, was ordered in Portugal, while another extension landed in Malta. LEGO Masters was renewed in the U.S. and landed a new version in South Korea. Old People’s Home for Teenagers, a spin-off of Old People’s Home for 4 Year Olds, launched in Australia. Other returning formats that demonstrated their resilience in 2022 included The Farmer Wants a Wife, Power Couple, My Kitchen Rules, Come Dine with Me, Gogglebox, Hell’s Kitchen, Top Chef, The Real Housewives, I’m a Celebrity…Get Me Out of Here!, The Bachelor and Star Academy, which sealed an agreement to return to France. There were also several other reboots in 2022, including The Mole returning to Italy, a new version of Fear Factor in Belgium, This is Your Life coming back in Australia and CBS setting a new edition of Lingo with RuPaul Charles.

The other big trend in the formats business last year was the strong demand for scripted concepts, with producers, broadcasters and platforms eager to source compelling drama and comedy ideas with the added advantage of limited development spend. Dick Wolf’s Wolf Entertainment, behind successful franchises such as Law & Order and FBI, aligned with Universal Studio Group to create a new sales venture focusing on international format distribution. Call My Agent! scored a deal in Indonesia, as did Doctor Foster. All3Media International landed Astro for a Malaysian version of the Two Brothers Pictures drama Liar. Tomorrow Studios optioned CONNECTED: The Homebound Detective, the Japanese crime drama format from Envision Entertainment and Nippon TV, for a U.S. adaptation. Jane the Virgin is being remade for South Africa. Dori Media Group inked a deal with Abu Dhabi Media for an Arabic version of In Treatment, while BBC Studios secured MBC Group for the first Arabic-language adaptation of the drama Doctor Foster (also headed to Thailand) and a local edition of The Office. MBC also launched a local version of The Killing. Universal Television’s New Amsterdam got its first international version in Turkey, where BBC Studios’ Happy Valley also landed a remake deal. The Ukrainian comedy Servant of the People, which launched the political career of Ukrainian President Volodymyr Zelensky, scored an agreement to be remade in Poland for Polsat. Georgian Public Broadcaster ordered an adaptation of the Armoza Formats scripted comedy format La Famiglia, which also landed a deal in Hungary. Eccho Rights licensed the Turkish drama Insider to Romania’s PRO TV. India was a hub for scripted format activity, with deals for All3Media International’s Cheat, the Korean series Flower of Evil, Armoza Formats’ Canadian miniseries Vertige and BBC Studios’ Press, among others. Endemol Shine North America said it was developing an English-language version of the Swedish drama The Truth Will Out with Joe Berlinger. ZDF ordered a German take on Matchbox Pictures’ Safe Harbour.

Keep up with all the developments in the formats business by subscribing to TV Formats Weekly, TV Formats Breaking News and TV Real Daily and visiting TVFormats.ws.

Mansha Daswani is the editor and associate publisher of World Screen. She can be reached on mdaswani@worldscreen.com.
Previous Initial Taps Fulwell 73 Exec
Next Armoza Formats Scores New Deals for Song of My Life 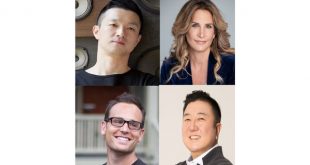 Media Ranch has taken on representation for Wonwoo Park’s shingle DiTurn on two new formats: Round Table and Love Maze.