The 61st edition of the Monte-Carlo Television Festival will take place from June 17 to 21. The event celebrates and awards the best in television programming—scripted, documentary and news—and attracts top talent to the Principality of Monaco to the south of France. In a picturesque setting, talent meets with the press, fans and colleagues, promoting their work and making connections. The festival’s CEO, Laurent Puons, outlines this year’s highlights, the premieres and some of the actors, producers and directors who will be attending.

WS: The Monte-Carlo Television Festival has a long history. How has it evolved over the past few years, and what factors led to the changes?
PUONS: The festival, year after year, has been a place where studios, channels and digital platforms have come to promote their content, [with] actresses and actors [meeting] the public and media. In 2019, we ran a high-level edition of the festival with Michael Douglas receiving the Crystal Nymph and a lot of participation from the American studios. Then, unfortunately, Covid-19 arrived, and we had to cancel the 60th anniversary of the festival in 2020.

But the show must go on! In 2021, we ran an event that was more European, and French, because it was very difficult for Americans to travel to Europe. But we had Darren Star for the Honorary Golden Nymph Award, and the level of the competition was very good because we decided to change the format. We now have nine nominees in the fiction category, which allows us to screen all nominated programs during the festival. In the competition each year, we have a mix of worldwide and European premieres. It’s very important for the public and the media to attend the screenings. And the competition is the heart of the festival.

2021 was great. And now, in 2022, we have strong participation from the American studios, as we had in the past. I’m very happy to see that all of them want to come to the festival to promote their shows and talent.

WS: What are some of this year’s highlights?
PUONS: The format of the festival is the same, but we decided to create two new awards. The first is the Prix du Public, the Public’s Prize, in partnership with BetaSeries. This will give fans the opportunity to participate in the festival as jurors and reward the program in competition within the Official Selection.

The second is the International Golden Nymph for Most Promising Talent. We want to award a young talent, and for its first edition, this prize will go to the French actor Théo Christine, who was in War of the Worlds, SKAM France and Suprêmes.

For the Golden Nymph Awards Competition, we will have 21 programs from 12 countries in three categories—fiction, news and documentaries—and the Prince Rainier III Special Prize. For the fiction category, there will be three worldwide premieres, one international premiere and a European premiere.

We changed the rules of the news and documentaries category. Now it has the same rules as the fiction category, with fewer programs but more quality.

We have also invited the jury presidents of the last ten years. We will have the pleasure of having with us Eric Close, Danny Glover, Michael Hirst, Ron Perlman, Jason Priestley, Ricky Whittle and Jane Seymour.

WS: Tell us about the Business Content this year.
PUONS: We have more and more producers, directors and writers from the competition who attend the festival each year. It was important for my team to provide them with an opportunity to discuss the future of production and have a place for networking. This year, the Business Content will be held at the end of each day. The festival’s schedule is very busy, so it’s difficult for participants to attend all events. This way, they will have plenty of time to attend the conference because the sessions will start around 5 p.m. or 5:30 p.m. It will be an opportunity for them to learn about the future and discuss their concerns about their professions.

The festival is not a market, but it is a good place to do networking. I’ve heard so many times that an actor has found a job or that key deals have been concluded during the festival.

WS: The public also enjoys the events at the festival. Why has the fans’ involvement been important, and what are some of the special events for them this year?
PUONS: It was my goal to open the festival to the public, and year after year, the festival has held events for the public. This year, more than 20 or 25 events will be devoted to the public. First and most important, there will be two worldwide premieres out of competition. The first is a French documentary, Souffles De Vie, which looks at the human impact on a marine environment as fragile as the Mediterranean. All Those Things We Never Said from Studiocanal, is a series based on Marc Levy’s bestseller, with Jean Reno.

The Bold and the Beautiful [cast] will be back to celebrate their 35th anniversary with a screening and autograph signing. And there will be a “meet-up” with cast members of The Young and the Restless.

And as in the past, there will be a Behind the Scenes with talent from series by Dick Wolf: Chicago Fire, Law & Order’s revival and Chicago Med.

Finally, we will have numerous signing sessions and other Behind the Scenes with famous French TV shows.

WS: Since you initiated these events for the public, what has been the reaction from both the fans and the stars?
PUONS: We put in place the best way for fans to meet the stars they love. At the festival, you can meet this actress or this actor in very good conditions [in terms of] venue, organization, security, etc.]. And these conditions are not possible at other festivals. It’s crucial for my team to keep this speciality.

WS: Many younger actors don’t know how popular their show is outside their country until they get to Monte Carlo.
PUONS: Exactly. When we launched [this year’s] festival at a press conference in Paris, I said to the press, We need the participation of the talent, but the talent also needs a festival like the Monte-Carlo TV Festival because there they have the opportunity to promote their image to the press and the public. It’s crucial. And they can see their popularity.

WS: Through the years, the festival has attracted some of the most popular talent and stars. What makes the festival so unique for them?
PUONS: In 2012, when I started to manage the festival, I had a goal: to remain the most prominent festival dedicated to television and content in Europe. And we managed that thanks to all the changes and evolution that we put in place. In the beginning, there were three juries for the fiction category: one for TV series, one for miniseries and one for TV movies.

In addition, it’s essential for my team and me to work closely with our guests. I want them to have a very good souvenir of the festival so that when they return to their country, they will speak with other talent. The festival has a good image. Each time when we invite a guest, they want to come back.

Finally, we have to make the right decision at the right time, as we did with the Tom Clancy’s Jack Ryan premiere in 2018. None of the other festivals wanted to accept content from digital platforms. But our honorary president, Prince Albert II, recommended to do it differently and to be the first. He is a visionary, just as his father was. He is very much involved in the festival and all strategic decisions that we take. 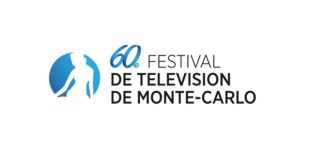 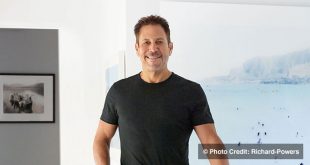 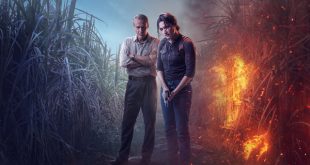 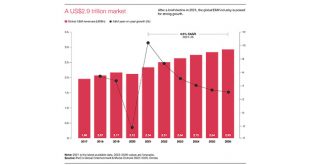 Following the pandemic-driven boosts of 35.4 percent in 2020 and 22.8 percent last year, OTT video revenue growth is expected to slow to a compound annual growth rate (CAGR) of 7.6 percent through 2026, PwC reveals, with revenues rising to $114.1 billion.