LOS ANGELES: The U.S. Hispanic network Estrella TV has launched a worldwide distribution division, tapping Andy Weir to run the new unit. Weir comes to the role after having served as the co-president and owner of Northstar Media. Prior to Northstar, Weir was with Warner Bros. Domestic Television, serving a 15-year tenure as the senior … 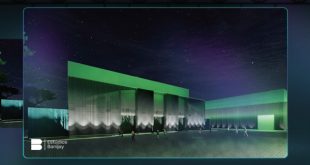 Banijay has revealed Banijay Studios Brasil, which it is touting as the largest independent production studio facility in Latin America.