The Drama Buyers Summit taking place before this year’s MIPTV will give the international buyers in attendance an exclusive first-look at a dozen brand-new series from across the globe.

To be held on Sunday, March 29, MIPTV’s Drama Buyers Summit will open with a networking lunch at the Debussy Theatre (Palais des Festivals). Screenings of exclusive 15-minute previews of 12 series in production—selected for their writing and production values, originality and worldwide appeal—are scheduled to follow.

The series include the whodunit with a supernatural twist Beau-Séjour and the mystery drama Unseen from Belgium. From Spain, there are the comedy-dramas Benidorm and Nasdrovia and the crime series Disappeared. Out of the U.K. is the crime series Bloodlands as well as the comedy-drama The Baker and The Beauty. Rounding out the selections are the drama Paris Police 1900 (France), the action thriller The Machinery (Sweden), the young adult drama The Sea Beyond (Italy), the drama thriller The Window (Germany) and the crime drama Wolf Trap (Russian Federation).

The selection has been made with the support of the MIP Drama Buyers Advisory Board, which includes Ignacio Barrera, senior VP of sales and business development at Telemundo Global Studios (U.S.); Geraldine Easter, director of programming and acquisitions at Nine Network (Australia); Aline Marrache-Tesseraud, senior VP of international original content development at Universal Music France (France); Anette Romer, head of acquisitions and formats at TV2 (Denmark); Sarah Wright, director of acquisitions at Sky (U.K.); and Viktoria Wasilewski, head of content at Amazon Italia Services (Italy).

MIPTV’s Drama Buyers Summit is an invitation-only showcase designed to meet the growing demand for high-end drama series. Now in its fifth year, the showcase will present a curated selection of international new series in production to 450 leading acquisition executives and commissioners.

Chelsea Regan is the associate editor of World Screen. She can be reached at [email protected]
Previous Godfather of Harlem Renewed by EPIX
Next Love is Forever Gets Short-Form Spin-Off 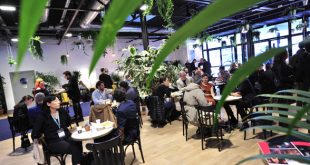 MIPTV: The Week in Drama

In Development Issues Call for Entries 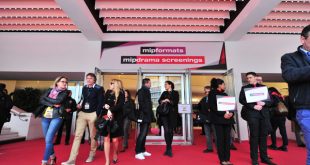 MIPTV: The Week in Drama 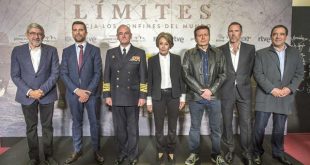 RTVE and Amazon Prime Video have joined forces for the international co-production of Boundless, a four-episode adventure series that will take viewers on Elcano and Magellan’s first trip around the world.