The SomosTV channel ViendoMovies is set to roll out exclusive programming in all genres this summer from Mexico, Spain, the Dominican Republic, Costa Rica and Peru.

At the beginning of July, the channel will premiere Jaulas (Spain) and Pobres Millonarios (Dominican Republic). Jaulas, directed by Nicolas Pacheco and co-produced by Southwest Films and Spal Films, is a thriller that shows what women are capable of doing to escape and be free. The comedy Pobres Millonarios stars Dominican actors Roberto Ángel and Manolo Ozuna, whose characters experience going from being billionaires to having nothing in a very irrational way.

Launching the third week of July, Caiga Quien Caiga (Peru) stars Eduardo Camino and Miguel Izza in a story based on the life of young lawyer José Ugaz (Camino), who is summoned by the Peruvian government to capture Vladimiro Montesinos (Izza), the most important man in the Alberto Fujimori government. The fourth week of July will see the premiere of Hombre de Fe (Costa Rica), produced by PCP Productura and directed by Dinga Haines. It is a biographical film about soccer player Keylor Navas. Finally, in the last week of July, Pablo Aragüés’ Novatos (Spain) will debut. Starring Emma Suarez, the film, based on a true story, depicts the humiliations and games that college seniors inflict on university newcomers. 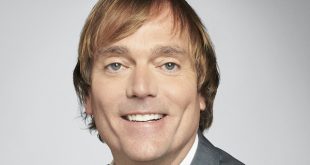