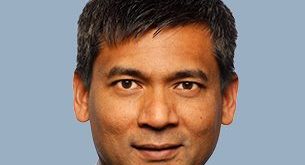 Balan Nair, chief technology and innovation officer for Liberty Global, has been appointed president and CEO of the company's Latin American and Caribbean operation.