The German public-broadcasting group Westdeutscher Rundfunk (WDR) has been operating for 60 years, serving the country’s TV and radio communities with original content. WDR mediagroup (WDRmg) was formed later as its commercial subsidiary, focused on marketing and selling WDR programs as well as content from other partners. “WDR mediagroup has been quite active in the …

The leading source of information for the international media business.
Previous Another Season of Catchphrase Headed to ITV
Next Are You Normal?, The Only Way is Essex Adapted in Asia 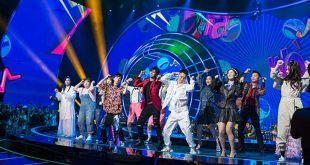 Lester Hu, the head of formats and international business in the R&D Center at Hunan TV, talks about the company's International Biu Project and its creative network of international partners.