From thrilling dramas to insightful factual series and high-quality children’s programming, there’s a slew of compelling content coming out of Québec. This market report, backed by Société de développement des entreprises culturelles (SODEC), puts the spotlight on five diverse titles being offered up to the global content community: the dramas Dark Soul, Plan B, Amber Alert and Outbreak, and the acclaimed youth production 422.

SODEC is a government corporation that promotes and supports the development of Québec’s cultural industry, at home and abroad. Overseen by Québec’s Minister of Culture and Communication, SODEC has been helping to facilitate the production and distribution of local content. For example, to boost the production value of shows, it provides up to C$750,000 per title for projects inspired by a Québécois literary adaptation or highlighting existing Québec musical works. SODEC also coordinates umbrella operations and co-production initiatives at major international markets through the “Québec Creates” banner.

SODEC was also instrumental in helping production to resume amid COVID-19; since July, 70 Québécois shoots of television series have restarted. With development proceeding briskly this fall, a raft of new shows is set to come out of Québec in 2021.

Production Company: Encore Télévision
Commissioning Broadcaster: Séries Plus (Corus)
Distribution Company: Encore International
Description: (Event drama, 6×45 minutes) Jeremy Tremblay walked into his high school with a semi-automatic rifle and shot multiple students before killing himself. To shed light, Coroner Eliane Dubois is called in to do a psychological autopsy of the event.
Pitch Perfect: With the help of Sergeant Boulay, who will confront her more than help her, Eliane will try to figure out Jeremy’s motive. As this will be the coroner’s most high-profile case of her career, the pressure will be incredible! Her investigation will help us better understand how Jeremy got to the point of committing this unspeakable crime.
Slot Winner: Even before the filming of the original series began, the scripts were licensed and they are currently being adapted for the French market.
Sales Contacts: Chrystine Girard, Head, International Distribution; Dominique Simard, Managing Director.

Production Company: Blachfilms
Commissioning Broadcaster: Télé-Québec
Distribution Company: HG Distribution
Description: (4K fantasy thriller, 13×30 minutes) In an abandoned house in a small village, five youngsters discover a secret passage to a mysterious world hiding a priceless treasure.
Pitch Perfect: Filled with thrilling adventures, the richness of this new family series will surely seduce your audience—it is a unique, unifying and bonding program with all its special effects. Despite the fantastic universe, the narrative of the series relies heavily on suspense. There are elements from mythology that mingle with science fiction, but it is above all human issues that are told!
Slot Winner: Number one ratings on launch week. Award for “Best Youth Series” at Prix Gémeaux 2020. Season two in production for 2021.
Sales Contacts: Lydia Horman, Henry Gagnon, Andrea Staerke.

Production Company: KOTV
Commissioning Broadcaster: ICI Radio-Canada and tou.tv
Distribution Company: KO Distribution
Description: (Drama, 6×60 minutes) “If I had the chance to go back in time, what would I change?” Who wouldn’t want to go back to change the course of events? Season one is also available. Season three is set for production in 2021 and season four is being written.
Pitch Perfect: Plan B is a stunning and suspenseful psychological drama. Adaptation in production for France (TF1), Flemish Belgium (Streamz) and English Canada (season one). Optioned in Spain, Germany and the Netherlands.
Slot Winner: Best Scripted Format Award at International Format Awards 2020. Best Dramatic Series, Best Writing in a Drama Program and Best Performance by an Actress in a Leading Role in a Dramatic Program (Sophie Lorain) at Industry Gala 2019. Many prizes for season one.
Sales Contact: Barbara Vallant.

Production Company: Productions Pixcom
Commissioning Broadcaster: TVA
Distribution Company: Global Screen represents all rights worldwide (excluding Canada).
Description: (Drama, 10×60 minutes) The kidnapping of autistic Éliot Charbonneau turns his family’s lives upside down, revealing that this family was never quite what it seemed.
Pitch Perfect: Amber Alert has proven to be a huge success domestically by attracting not only the classic TV target group, but also younger viewers to the TV screens—a task that only very few productions for linear TV can accomplish today.
Slot Winner: Number one weekly series in French Canada in the fall of 2019. In the top ten series in Canada in 2019. Average market share of 36 percent. More than 1.5 million viewers for every episode. At MIPCOM 2019, the series was selected and presented in the “Fresh Fiction Around The World” category by The Wit.
Sales Contacts: Ginette Viens, Executive Producer & VP, International Productions, Pixcom; Nicola Merola, President, Pixcom; Alexandra Heidrich, Head, Acquisitions & Sales, International TV & SVOD, Global Screen.

Production Company: Sphere Media
Commissioning Broadcaster: TVA
Distribution Company: Sphere Media Distribution
Description: (Drama, 10×60 minutes) A dangerous virus begins to spread within a group of vulnerable homeless people in Montreal. How long will it take before Anne-Marie Leclerc, director of the Emergency Public Health Laboratory, discovers the existence of this highly contagious disease? Will it be too late to prevent the outbreak of a deadly epidemic in the general population?
Pitch Perfect: Outbreak is a groundbreaking series whose world premiere aired in January 2020. With its gripping plot and decidedly topical subject matter, Outbreak has attracted a wide viewership and has been sold in numerous countries.
Slot Winner: Premiered on TVA in January 2020 with an average market share of 36 percent. Sales already concluded in Russia, Turkey, Japan and South Korea, among others. At MIPTV 2019, the series was selected and presented in the “Fresh Fiction Around The World” category by The Wit.
Sales Contact: Josee Vallee, VP, Production & Operations, Fiction & Executive Producer.

Mansha Daswani is the editor and associate publisher of World Screen. She can be reached on [email protected]
Previous Big Time Decent Productions Launches in Vancouver
Next Bell Media, Grandé Studios Partner for Québec Content Creation 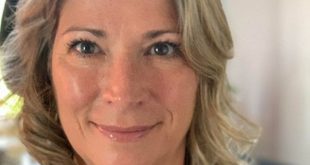 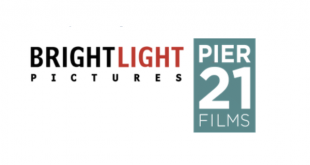