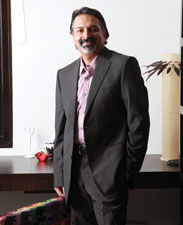 A joint venture of India’s TV18 and Viacom18, IndiaCast Media Distribution was created to serve as the content-monetization arm of its parent companies, distributing a wide bouquet of channels, domestically and internationally, and syndicating a broad slate of programming to platforms across the globe. With a portfolio that includes the flagship Colors, IndiaCast’s channel-distribution team has been working with pay-TV operators to cater to South Asian communities worldwide, while the content-syndication group has been creating fans of Indian serials from Central Europe and Southeast Asia to Latin America, Africa and beyond. Today, the team is also looking for opportunities to bring Voot, Viacom18’s successful Indian streaming platform, to the international market. IndiaCast group CEO Anuj Gandhi shares with TV Asia the opportunities, and pitfalls, facing the company in the landscape today.

TV ASIA: Tell us about TV18 and Viacom18’s partnership for IndiaCast Media Distribution. How is the company being positioned domestically and internationally?
GANDHI: The basic premise was to set up a company to monetize content and [handle] the distribution of channels and content across all platforms, across the world. TV18 has its own channels and Viacom18 has its own channels. We thought it would be better if one entity acted as a sales organization that can take care of the international business and domestic distribution and content monetization.

TV ASIA: We know pay-TV operators are under pressure in some markets. How is your channel-distribution business faring?
GANDHI: In India, our dominant market—75 percent to 80 percent of our revenues—[the channels segment is] still growing. This is a market that is growing for us in share. And a new tariff order came out, so we’re seeing some benefits in terms of revenues; it’s a correction of old equations that were being unfair towards broadcasters. Because that equation is being set right, we see definite gains. So the domestic business in distribution is growing.

We are having challenges in the international business. Piracy is beating us hands down in some markets—Canada and Australia are prime examples of that. Other markets are not growing but are at least steady. One market that has taken a significant beating for us in terms of distribution and advertising sales is the Middle East. The economy is not doing that well and OSN, the largest operator in the region, shut down their South Asian business a few months back. That has had an impact.

TV ASIA: What role can Voot play in trying to fill that gap in markets where platforms are culling back their South Asian offerings?
GANDHI: We are now in the process of launching Voot across the world. The only issue is, when pirates are doing business, it’s highly competitive. We are talking to other like-minded players to see how we can do this together. The consumer is used to seeing all channels. Take Canada as an example. Say I’m from India and am now living in Toronto and I’m a Rogers Cable subscriber. I go to my retail corner store and the owner says, drop Rogers because it’s charging you too much money and you only want the Indian channels. Here’s one pirate box with all your channels. I get to see Star, Zee, Sony, Colors, everything. If Voot is to replace [a pay-TV subscription], the customer will ask, What about other content? Voot can fill in some gaps, but the consumer wants aggregation—Roku or Apple TV or an Amazon Fire TV Stick. We are talking to all these players in the market for Voot. We are talking to Sling for Voot integration. Clearly, our future in most of these markets would be the aggregation of apps and Voot will be one of them, rather than an aggregation of channels.

TV ASIA: In India, Voot is AVOD at present—are you looking to add a subscription tier?
GANDHI: Currently, it’s in AVOD, but the Voot team at Viacom18 is working toward an SVOD launch soon.

TV ASIA: Streaming is such a competitive space in India right now—to what do you attribute Voot’s success?
GANDHI: Life in India is life pre-Jio and post-Jio. Before September 2016, the cost per GB was almost $3; the consumption was about 0.5 GB a month. Today the price is 10 cents per GB. The number of 3G and 4G customers was about 70 million; today, it’s 500-plus million. So the digital ecosystem today is entirely different. From YouTube to Voot to Hotstar to even Amazon, everyone has ridden the wave of Jio. The challenge in the Indian market is the linear business on digital or even long-duration content. In the U.S., a lot of Netflix consumption is on the big screen. India is a small-screen phenomenon. Snackable, short-form content does very, very well. The next phase of digital, where the growth will come from, is when Jio gets into fiber to the home. Most telcos are saying they will get into it, even some of the cable companies. We’ll get more fiber to the home access. As India gets into a more evolved ecosystem, the kind that Apple TV or the Fire TV Stick enjoys globally, there will be more consumption on the big screen. That’s where the growth will come from. That will lead to a higher time spent on the digital app ecosystem than today. On Voot for example, the average time spent per viewer is 50 minutes a day and I’m sure it’ll be higher once the ecosystem is further evolved.

TV ASIA: What are your thoughts on how the Hollywood-backed direct-to-consumer platforms will fare in Asia?
GANDHI: The jury is out, and we will know in the next two or three years. But I believe in all countries it will be [between the] FAANGs and the dominant local broadcaster networks. In the U.S. case, that’s probably the studios—Disney+, ABC, etc. For India, it will be Hotstar, Voot, SonyLIV, ZEE5. And then the FAANGs. I don’t think there’s any more place for anyone else in the market. So what the studios will do is either ride on the FAANGs or broadcast. Today HBO has a deal with Hotstar. Other studios may do a deal with Voot. In India, I don’t think [the Hollywood D2C services] independently will be hugely successful. The core demand will be fed by FAANGs. FAANGs like Amazon or Apple get into your life for reasons other than pure SVOD.

TV ASIA: How is your syndication business doing? In what markets is Indian content doing well?
GANDHI: I’ve been actively involved in that business for eight or nine years now. Clearly, markets are very well defined now. Content coming out of South Korea does very well in Far East Asia. European content is doing very well in markets like Latin America. Most Indian content does very well in culturally similar countries. So the belt of Central Asia through the Middle East—we have some problems with Pakistan now—going up to Sri Lanka and Indonesia, does extremely well for Indian content. We have some joint history, especially with the mythologicals. This is the belt where we do most of our business. We’ve been trying to enter Latin America; we’ve had some breakthroughs.

TV ASIA: Looking ahead to 2020, what are the key areas you’ll be focusing on?
GANDHI: The expansion of Voot is a play we’ll be extremely focused on. The growth of the fiber ecosystem in India and how [we take advantage of that] will be our next big thing. The next two or three years will define that ecosystem, and there are lots of opportunities there, not only in terms of what will happen to our existing business but also the new content opportunities it will throw up, like 4K. The third priority will be for us to focus on working with our competitors in the market to slow down piracy.

Mansha Daswani is the editor and associate publisher of World Screen. She can be reached on mdaswani@worldscreen.com.
Previous Viu in Content Pact with Discovery
Next SMF Launches Media International Advisory Council 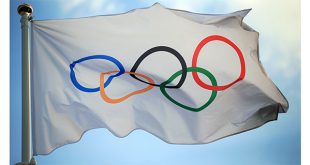 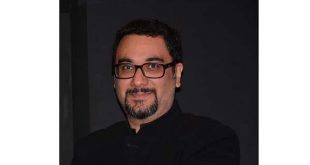 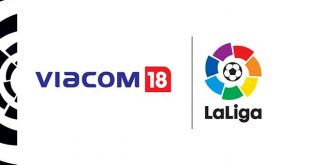 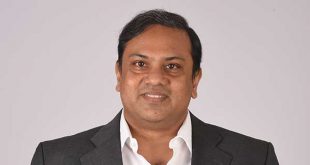 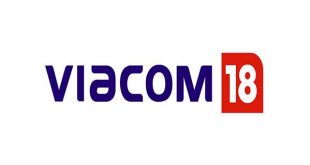 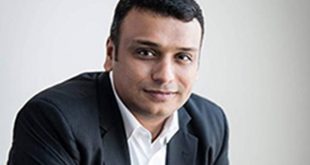 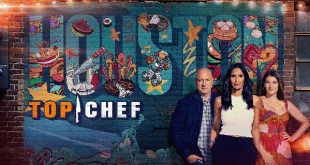 Rewind Networks has secured another carriage deal for its new general-entertainment service HITS NOW, with the channel set to launch in Indonesia with First Media.