Crackle Plus has unveiled a diverse new slate of original and exclusive programming, along with announcing the launch of a Chicken Soup for the Soul AVOD network.

Crackle Plus has more than doubled its content offerings on its AVOD networks Crackle and Popcornflix and added more than 200 hours of original and exclusive programming in the past year. Crackle Plus sources its original content from sister companies Screen Media Ventures, Landmark Studio Group and Halcyon Television. Parent company Chicken Soup for the Soul Entertainment also recently announced the acquisition of the film and television assets of Sonar Entertainment.

“Crackle has been pioneering original programming on AVOD for nearly a decade,” said Jeff Meier, head of programming for Crackle Plus. “We’ve always believed in the combined power of originals and a strong, diverse library of content that keep viewers coming back for more.”

The upcoming slate includes season two of Going From Broke, from executive producer Ashton Kutcher and Chicken Soup for the Soul Entertainment; Riding Phat, which charts the entrepreneurial journey of the Phat Scooter company; The Uncommon History of Very Common Things; and Inside the Black Box, which spotlights the world’s greatest Black artists within the entertainment industry. There are also sports docuseries in the mix, with Vince Carter: Legacy, Promiseland, The Green Wave and The Machine.

The Sonar library will help power the launch of a new Chicken Soup for the Soul AVOD network in the form of both a linear FAST channel and an On-Demand offering. Chicken Soup for the Soul will offer later this year a free premium-content streaming network that helps people “live their best life” by providing entertainment, inspiration, and information that lifts their health, wealth, spirit, knowledge and relationships. The content will include a large selection of scripted movies and TV shows, unscripted shows and documentaries featuring everyday heroes and lifestyle programming.

Tags Chicken Soup for the Soul Crackle Plus

Kristin Brzoznowski is the executive editor of World Screen. She can be reached at kbrzoznowski@worldscreen.com.
Previous Claire Jago Promoted to EMEA Lead at Banijay Rights
Next HBO Sets Animated Tig Notaro Stand-Up Special

Crackle Plus Unveils Collaboration with Amagi 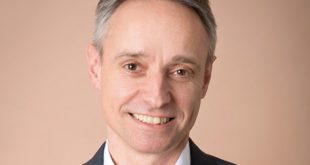 Crackle Plus Leadership Team in Place