Ellenberg founded Media Res in 2017 after several years at HBO, where he worked on such shows as The Leftovers and Big Little Lies. The company has returned to production following the COVID-19 shutdown, with work on season two of The Morning Show beginning this week. He touted Hollywood’s ability to creatively problem-solve. “Hollywood has a lot of problems. There are also things it is brilliant at,” Ellenberg said.

“The core skill set of our industry is it’s a problem-solving business, particularly from a studio-producer perspective. There is a logistical genius in Hollywood that is fairly unparalleled in almost any other industry. There was the initial shock of shutting down, trying to assess what it meant on a financial and economic level. And then there was looking at it closely and clearly and how to come back into production in a way that is safe and responsible. The guilds did their work. Apple has been an amazing partner. They were steady and clear in terms of prioritizing the health and wellbeing of the crew and the cast. Slowly but surely, you go piece by piece; you look at every dimension of it, you adjust and tinker. Hollywood is better than most fields at square pegs in round holes. If you had told me that Hollywood would have an advanced series of testing protocols and the White House wouldn’t–that speaks for itself.”

The challenges of returning to production are both physical and creative. On the creative front, Ellenberg said he can’t divulge anything yet about how season two of the Apple TV+ original will address how the world has changed since the onset of the pandemic. In terms of physical production, Ellenberg said COVID-19 precautions “filter through to every aspect of production, from locations to stage work to how many people are on the set. There’s almost no aspect of production that isn’t colored by this. You’ll see, not just from us but from around the industry, smart approaches. The thing for all of us will be, What does the creative feel like a year from now? Does it speak to the moment in the same way? Everyone is trying to have as much perspective as they can. I think it will be an interesting exercise for all of us to see what the content feels like a year from now.”

On how The Morning Show came to be, Ellenberg reflected on watching morning shows when he was growing up and following the news around Jane Pauley’s exit from NBC’s Today show in 1989. “A few years back, I was looking for a way into this. There was the Megyn Kelly saga, the Kelly Ripa saga, and I was fascinated: these are some of the most powerful women in America, and yet it felt like every few years there was a ritual humiliation of one of them. I thought that was striking and worth examining. It was a world you thought had been explored but actually hadn’t been. It seemed like novel terrain. I was also really interested in the question of, these are the last news shows in America that are still trying to program to appeal in New York and L.A. and Des Moines and Mississippi. Everyone else has given up. What does it mean to still be trying to do that? To wake up to America when America is ready to rip itself apart every day? It seemed like an institution that was ripe for reexamination.”

Ellenberg read Brian Stelter’s nonfiction book Top of the Morning: Inside the Cutthroat World of Morning TV and approached Reese Witherspoon and Jennifer Aniston with the concept, which landed at Apple TV+ after a bidding war. Witherspoon and Aniston star in and executive produce the show.

On taking lessons from season one into season two, Ellenberg observed, “The most important thing for modern television is, you can’t over learn a lesson. In the past, television was, this works, we know what the formula is, so let’s do that. What’s exciting about modern television—but also harder—is once you understand the formula, you have to be rigorous about breaking the formula and reinventing it every year to keep a series vital. Unless you’re doing a procedural, it has to be fresh and new every year. Even with the cast we have, the talent we have, there’s a lot of competition for people’s attention, and audiences are demanding innovation, whether it’s in the pilot or episode 205.”

Ellenberg got his start in film, working with Scott Rudin and later Tony and Ridley Scott. As that medium was undergoing a “contraction,” Ellenberg said, he moved to HBO, just as the prestige TV revolution was underway. At HBO, Ellenberg worked on The Young Pope, which inspired him to want to pursue international co-productions when he launched Media Res. “I expected we’d be doing a lot of them. And then the explosion of streaming has changed some of the need for co-productions.”

Ellenberg continued, “There are fewer co-financing opportunities in the market, at least at the premium scale, than there were before. And there may be less need for it. The truth is, the streamers have a lot of cash—we’ll see if that changes in this economic climate. Co-financing is built on the fact that studios and networks don’t want to pay for it all. In this era, [the streamers] have had the cash to do it, making co-financing much more difficult at the premium level. We’re focused on premium projects, so by and large, we’ve been fortunate to get enough market demand where they want to pay for it.”

But Ellenberg does see Media Res doing more foreign-language and mixed-language series with international partners going forward. Commenting on what the American system has learned from international television, Ellenberg responded, “The British system used to feel small—one writer, one director, a few episodes. Now that feels more relevant to most premium TV than what American television used to be. Hollywood is good at absorbing other people’s insights. There’s been a lot of learning. You’re seeing very cinematic television happening abroad—just not at the same scale. So the rest of the world becomes a bit of an incubator, and you study the lessons.”

As for Media Res’ business model, Ellenberg noted: “Really unique material moves the market, that’s the financial model. The creative, more spiritual model is, if you create a safe haven for artists, for creators to incubate really original work, that’s a way for original stories to be told and original voices to be heralded. It’s also going to yield a better experience for the network and for the creators. The more you come in with a complete vision from a writer or director, the more everyone is able to get in sync and have a better experience working together. The business model is, stay focused on unique, distinctive and meaningful stories. The culture industry is much more drawn to provocative, cutting-edge material from voices that in the past wouldn’t have seen the kind of financial backing the industry will give them now. That’s exciting. There’s a business model around originality.”

Projects in the works at Media Res include an adaptation of Ingmar Bergman’s Scenes from a Marriage from Hagai Levi for HBO and a television show with Sorry to Bother You’s Boots Riley.

Mansha Daswani is the editor and associate publisher of World Screen. She can be reached on [email protected]
Previous Channing Dungey Tapped to Lead Warner Bros. Television Group
Next Tubi Lands Content Deal with Wanda Pictures 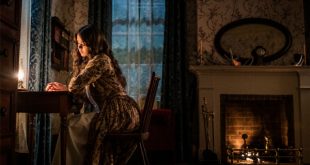 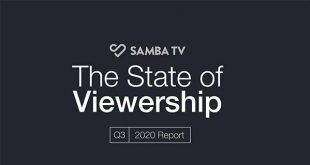