New research from Media Partners Asia (MPA) indicates that online video advertising and subscription revenues in Australia will rise from $2.9 billion this year to $5.3 billion in 2025, a 13 percent compound annual growth rate (CAGR).

As of this year, YouTube, Netflix, Disney+ and Amazon Prime Video will have a 65 percent share of total revenues. Leading local player Nine (owner of the AVOD platform 9Now and the SVOD service Stan) will have about a 9 percent share of Australian online video revenues.

SVOD revenues are set for rapid growth, MPA notes, rising by 32 percent this year to $1.4 billion. Netflix leads at about 6.1 million subs by year-end, with about $710 million in revenues. Stan has about 2.3 million subs, with Disney+ and Amazon Prime Video in third place with 1.8 million subs each. MPA indicates that Foxtel has about 1.4 million subs through Kayo, Binge and Foxtel now. By 2025, Australian SVOD revenues will reach $2.9 billion, a 15 percent CAGR since this year.

“Australia’s online video sector is larger than either the free and pay-TV sectors, driven by the increasing availability and scaled consumption of premium entertainment and sports,” said Vivek Couto, executive director of MPA. “Global media platforms have also grown with relative ease in the English-speaking market. We expect subscriber growth to decelerate in the future as the SVOD market is maturing though pricing power will increase as Netflix and Stan see more subscribers moving up to higher-priced tier and Disney+ launches a new service under the Star brand. New market entrants include the ViacomCBS-owned Paramount+, which is expected to launch in the first half of 2021, and longer-term potentially Peacock, the freemium service operated by NBCUniversal.”

On the AVOD front, YouTube has more than 60 percent share of revenues. The BVOD platforms (9Now, 7plus, 10play and SBS On Demand) will have about an 11 percent share by year-end. Online video revenues are expected to grow at an 11 percent CAGR to reach $2.4 billion in 2025.

Mansha Daswani is the editor and associate publisher of World Screen. She can be reached on [email protected]
Previous NBCU Revenues Down 19 Percent in Q3
Next NATPE Miami Goes Fully Digital 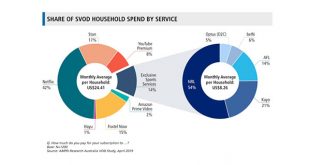 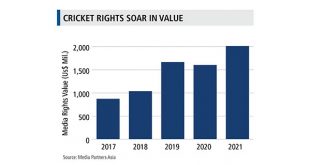 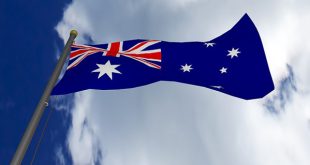 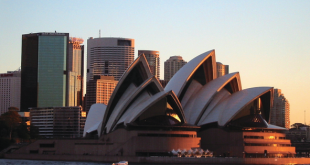