ViacomCBS International Studios is setting aside 25 percent of its LatAm budget for BIPOC (Black, Indigenous, and People of Color) content.

The move is part of the company’s “No Diversity, No Commission” global policy as it looks to drive the creation of diverse and inclusive content, on-screen and off.

“Diversity and inclusion are essential in everything we do for all of our content,” said Federico Cuervo, senior VP and head of VIS. “ViacomCBS, as a company, is committed to D&I by implementing several initiatives. At VIS, we are taking big strides towards fulfilling that pledge both in front and behind the camera.”

ViacomCBS currently has three projects in development in Brazil focused on reflecting the voices of the Black population. They include Maria do Socorro, a drama series with female main characters who help other women; A coisa tá preta, a stand-up comedy series that portrays the daily lives of a group of artists; and Funknautas, a children’s musical series.

VCNI’s Europe, Middle East, Africa and Asia divisions have also committed to allocating 30 percent of their 2021 budget to produce stories focused on or related to issues of underrepresented groups.

Mansha Daswani is the editor and associate publisher of World Screen. She can be reached on [email protected]
Previous Olympusat Picks Up NTV Series & Docs
Next ATF Spotlight: Caracol Televisión 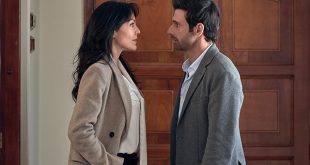