BUENOS AIRES: Telefe International has signed up new broadcasters for three programs from its catalogue, including Detectives, Brothers & Co. The series Detectives, Brothers & Co. premiered in Brazil on the Bandeirantes network on January 7. The comedy has already been adapted in regions in Europe and Latin America. On January 8, an adaptation of … 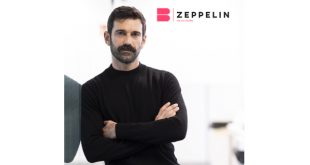 Banijay Iberia has tapped Miguel Martín as managing director of its label Zeppelin.