Marcos Santana, president of Telemundo Global Studios, sat down for a keynote conversation with World Screen’s Anna Carugati at NATPE today to talk about the state of the Spanish-language drama business.

Santana, who received a Brandon Tartikoff Legacy Award at NATPE this week, leads the domestic and international scripted production units at NBCUniversal-owned Telemundo.

The conversation began with Carugati, group editorial director of World Screen, asking Santana about how Telemundo moved beyond telenovelas when it started commissioning “super series” a decade ago. U.S. Hispanic audiences are totally different from audiences in Latin America, Santana explained. “That is why we reinvented the telenovela,” Santana said. “We were trying to find another way to approach the audience. The super series is a genre between telenovelas and mainstream American content. We added action, violence, politics.”

Super series not only resonated with Telemundo audiences at home—they were able to travel extensively, Santana said. “The quality is totally different from the telenovela,” with super series being faster and largely shot on location rather than on a studio set.

Santana has long had an international mindset, dating back to his time at Tepuy International. That led to him being open to international partnerships at Telemundo. “Now, we are one of the most important co-production companies in the Hispanic industry…. We have a lot to bring partners,” he said, including a U.S. network, a powerful international distribution operation and a portfolio of pay-TV channels.

Telemundo International Studios was created four years ago to focus on shorter-run seasons, at most 13 episodes. “We try to find partners to invest more and more money in the productions. Our philosophy is to do the best content, like the mainstream American series.”

On finding talent to meet Telemundo International Studios’ needs, Santana noted, “It’s not easy. In Latin America, for 55 years we produced only one genre, novelas, in only four countries.” Not many producers have the experience to work on shorter-run premium series, Santana said. “Our mission is to develop talent.”

Talent-development initiatives include the acquisition of Underground Producciones in Argentina last year. “That was the best way to connect the South to the North, North to the South.” Telemundo Global Studios also created a fellowship program for executive producers.

Retaining young, bilingual Latinx audiences is a challenge, Santana noted. “There are 350 linear television channels and 100 OTT offers.” Second-generation Latino audiences are also interested in seeing shows that reflect the way they speak.

Telemundo Global Studios and Telemundo International Studios are producing for third-party clients, including the upcoming Peacock. “We have many partners. We are on our fourth series with Netflix. We have a deal with Movistar in Spain. We are taping a series for Quibi.”

On what he enjoys most about the business today, Santana said he loves developing talent, finding new stories and constantly pushing to “elevate the quality of the Latin content.” 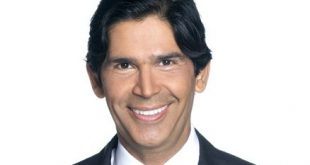 Viacom International Studios (VIS) has signed an exclusive deal with Infinity Hill to develop and produce a slate of Spanish-language feature films.