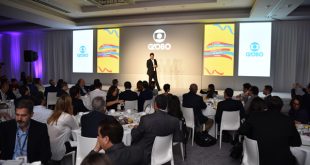 MIAMI: This morning at NATPE during its traditional screening breakfast, Globo showcased its 2017 catalog, which features Supermax, the company’s first original series for the international market.