With Covid-19 safety restrictions in place, the formats community shifted into high gear in 2021, helping fill the gaps that broadcasters and platforms were still dealing with as Delta, and now Omicron, continued to force delays in scripted productions. Indeed, scripted formats had a solid year as producers and broadcasters sought shortcuts to get compelling dramas and comedies on-screen.

BBC Studios, in particular, had a banner year in terms of scripted remakes, inking a slew of deals, including Doctor Foster, Luther and The Office in the Nordics; Mistresses in Turkey; Miranda in Germany; Guilt in India and Unclein South Korea. Nippon TV also extended its significant position in the remakes market, with OASIS -a love story- headed to Turkey, Mother being remade for Spain and a co-development pact with London-based Envision Entertainment. Red Arrow Studios International found traction on properties like Lice Mother, and La Famiglia continued to sell well for Armoza Formats. Keshet International’s scripted remakes business in 2021 included a commission on How to Dad in Germany, while Banijay Rights licensed the Darren Star-created series Younger into Ukraine.

The appetite for known IP also extended into the non-scripted space as the biggest brands in the format business continued to get renewed, with many classics returning to markets after long hiatuses. Banijay Rights, in particular, found a wealth of new opportunities for the big format brands from its enviable catalog: Big Brother returning to South Africa; The Money Drop heading back to Spain; Survivor in India and Brazil; MasterChef in New Zealand, South Africa and Portugal; Fort Boyard in Norway and Changing Rooms in Germany. Red Arrow Studios International continued to secure renewals and new commissions on Married at First Sight. ITV commissioned a fresh take on All3Media International’s Undercover Boss. BBC One announced a return of Weakest Link to prime time, with the format also securing a new commission in Australia. And FOX announced a reboot of the Joe Millionaire format.

Aligning with name talent was also a priority for companies in the unscripted formats space: NBC partnered with Irwin Entertainment and Shakira for Dancing with Myself, a new dance challenge series starring and executive produced by the international star; Entertainment One is teaming with LeVar Burton Entertainment to develop Trivial Pursuit as a game-show format; Penny Lane Entertainment partnered with Gary Barlow for a new music and entertainment show for BBC One. Amid the continued success of The Masked Singer and I Can See Your Voice, many companies clamored to tie up with Korean talent; notably, FOX Alternative Entertainment entering into an exclusive first-look development deal with Wonwoo Park, creator of The Masked Singer; and ViacomCBS International Studios reaching an agreement with Jin Woo Hwang’s Korean production outfit Something Special.

Keep up with all the developments in the formats business by subscribing to TV Formats Weekly, TV Formats Breaking News and TV Real Daily and visiting TVFormats.ws. Stay tuned for a new TV Formats Screenings Festival this spring!

Mansha Daswani is the editor and associate publisher of World Screen. She can be reached on mdaswani@worldscreen.com.
Previous Keshet Tresor Fiction Adapting How to Dad for ARD
Next Nippon TV’s Formats Focus 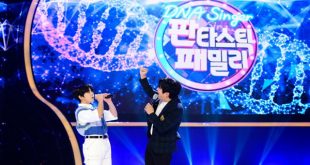 Fremantle has added to its catalog the music-based game-show format DNA Singer from Korea.