Digital TV Research is forecasting that Western Europe will have 238 million SVOD subscriptions by 2027, up from 165 million at the end of 2021.

According to the firm’s latest figures, six U.S.-based platforms will account for 81 percent of all SVOD subscriptions in Western Europe by 2027: Netflix, Amazon Prime, Disney+, Paramount+, HBO Max and Apple TV+.

Simon Murray, principal analyst at Digital TV Research, said: “Netflix will slowly lose SVOD revenues as we assume that it will convert its cheapest tier to a lower-priced hybrid AVOD-SVOD tier. Any SVOD revenue shortfall will be more than covered by its AVOD revenues. Netflix will remain the SVOD revenue winner, although its share of the total will fall from nearly half in 2021 to a third in 2027.”

Kristin Brzoznowski is the executive editor of World Screen. She can be reached at kbrzoznowski@worldscreen.com.
Previous Streamers Account for 16 Percent of European Content Investment
Next Brand Licensing Europe Alters Hours Due to Queen’s Funeral 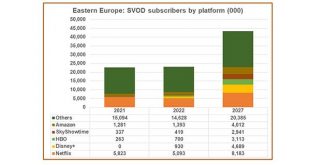 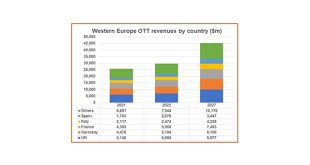 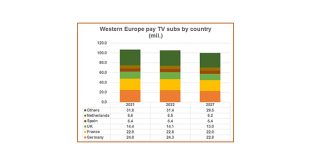 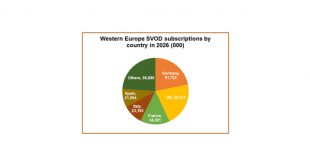 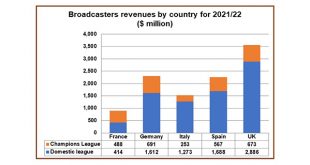 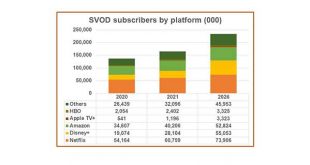 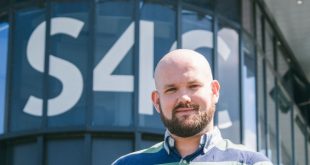 Welsh-language broadcaster S4C has refreshed its commissioning team with a number of key changes to existing posts and three newly created roles.