Some 300 buyers are expected to attend NATPE Budapest International’s in-person market this June, with 60-plus exhibitors on board.

“As NATPE returns to in-person events, I am thrilled that NATPE Budapest International roars back in-person bringing fresh new content from around the world as we welcome back many distributors from around the globe and the strongest presence ever from CEE buyers,” said JP Bommel, president and CEO of NATPE.

“These dramatic times have unveiled to us the real meaning of the words like partnership, friendship and support,” said Kateryna Udut, CEO of MRM, the organizer of the Ukrainian Pavilion. “We understand that the future of the Ukrainian content industry is firmly tied to the European market. NATPE is the next important step for the companies that come under the umbrella of Ukrainian Content Global Cooperation initiative (Film.UA Group, 1+1 media, Starlight Media, Ukraine TV Channels, Suspilne Media) for strengthening existing and finding new business opportunities. And there is some really big news that we’re going to announce in Budapest, so stay tuned!”

Mansha Daswani is the editor and associate publisher of World Screen. She can be reached on mdaswani@worldscreen.com.
Previous Fremantle Nordics Hires NENT Alum for Legal Department
Next Wattpad WEBTOON Studios & Leone Group Team for Film Slate 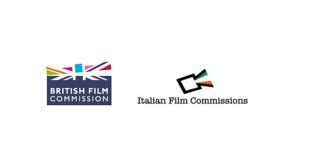 The British Film Commission (BFC) and the Italian Film Commissions (IFC) have signed a Memorandum of Understanding (MoU) to strengthen collaboration between the U.K. and Italian screen industries.