The number of SVOD subscribers in Japan topped 44 million in August of this year, according to new research from Media Partners Asia (MPA), with Prime Video (33 percent), Netflix (14 percent) and Hulu Japan (6 percent) in the lead.

Streaming time on premium video platforms hit 85 billion minutes from January to August of this year, 13 percent of all time spent with online video, according to Japan Online Video Consumer Insights & Analytics. SVOD accounted for 61 percent of usage, with freemium at 21 percent and AVOD at 18 percent. By platform, meanwhile, Prime leads the way with 26 percent of minutes viewed and more than 15 million monthly active users, followed by TVer at 16 percent, AbemaTV at 11 percent and Netflix at 10 percent.

The success of Prime is being driven by a large library of long-tail content, the bundled e-commerce service and distribution partnerships with NTT Docomo and KDDI, with local content—namely licensed anime—driving almost 70 percent of consumption. U.S. movies and series account for 20 percent of viewing.

Netflix has about 6 million paying subs in Japan, per the MPA report, with licensed anime a driving force of consumption alongside Korean shows.

“The premium video segment in Japan is increasingly competitive,” said Vivek Couto, MPA’s executive director. “Local content is critical, as illustrated by broadcast TV-consortium owned TVer’s growth over 2020-21, while Prime Video and Netflix’s licensed anime libraries have contributed over 40% of consumption on the platforms during 2021. More competition and category expansion is imminent as Disney+ expands with Star and local content in October 2021.”

Mansha Daswani is the editor and associate publisher of World Screen. She can be reached on mdaswani@worldscreen.com.
Previous HITS Networks Land on IndiHome
Next Now TV Inks Formula 1 Deal 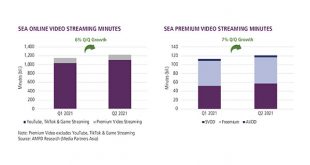 Japan to Be Honored at MIPCOM 2016 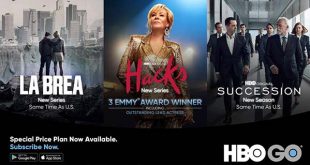 HBO GO, WarnerMedia's streaming platform in Southeast Asia and Taiwan, has unveiled new subscription packages and its content lineup for the remainder of 2021.