Disney+ has announced more than 20 new titles from the Asia Pacific, including 18 originals, from Japan, South Korea, Indonesia and Australia, among other markets.

The AsiaPac slate covers a range of genres, including comedy, fantasy, romance, sci-fi, crime, horror, variety shows, docs and anime. Disney+ has set a target of greenlighting more than 50 originals from the region by 2023.

“For many decades, The Walt Disney Company has been entertaining consumers and has been an integral part of the local creative ecosystem,” said Luke Kang, president of The Walt Disney Company Asia Pacific. “Today, we are making another commitment by combining the global resources of the company with the best content creators from Asia Pacific to develop and produce original stories on Disney+. With over-the-top services going mainstream, emergence of world-class content from Asia Pacific and rising consumer sophistication, we believe that this is the right time for us to deepen our collaboration with the region’s best content creators to deliver unparalleled storytelling to global audiences.”

Jessica Kam-Engle, Disney’s AsiaPac head of content and development, noted, “Our production strategy is centered on working with the best local storytellers in the region, leveraging our brand power, scale and dedication to creative excellence. We look forward to collaborating with award-winning and emerging creative talent in Asia Pacific and sharing authentic stories that reflect the unique cultural and social dynamics from this region to global audiences.”

Highlights include, from Korea, the webtoon-based action thriller Moving, the romance melodrama Snowdrop, mystery thriller Grid, the doc BLACKPINK: The Movie and the coming-of-age series Rookies. Disney+ is collaborating with TBS Japan on Tokyo MER (Mobile Emergency Room). Also from Japan are the animated BLACK ROCK SHOOTER DAWN FALL, Summer Time Rendering and YOJOHAN TIME MACHINE BLUES (working title). Disney is also doing an anime adaptation of the mobile game Twisted Wonderland. From Indonesia, Disney+ has on the slate Susah Sinyal (or Bad Signal), from the hit movie with the same title, and Joko Anwar’s Bumilangit. Other highlights include Small & Mighty, a comedic drama from Taiwan, the Chinese period drama Delicacies Destiny and the Australian documentary series Shipwreck Hunters.

Disney also unveiled the APAC Creative Experience Program to connect top creators from the region with Disney creative talent through masterclasses, panels and more. “We hope that this program will inspire the creative community and add further momentum to the creative development of Asia Pacific, which I believe is emerging as a global content and media powerhouse,” said Kang. “The creative talent and content we are seeing from many AsiaPac countries is world-class and will only get better. Disney’s unparalleled storytelling is the foundation of our special connection to our audiences, and we look forward to offering top talent in the region with insights into the creative processes of the world’s best storytellers.” 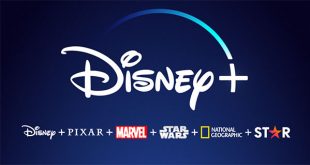 Disney+ Gears Up for Asian Expansion 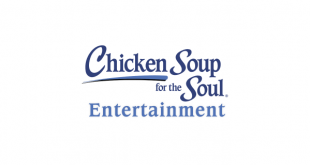 Chicken Soup for the Soul Entertainment Expands in India