With over four decades of experience in TV and film production starting at the Henson Company on projects such as the Muppets and The Dark Crystal, Stevenson directed Kung Fu Panda with Mark Osborne. The movie grossed more than $600 million worldwide and spawned two sequels. In 2009, Stevenson was nominated for an Academy Award with Mark Osborne, and both won the Annie for best direction of an animated feature.

Stevenson previously held the post of head of story at PDI/DreamWorks, serving as story artist for Shrek, Shrek 2 and Madagascar. Most recently, Stevenson directed Sherlock Gnomes for Paramount and MGM. He is currently developing an animated feature with Matt Wilson (Monsterpocalypse) and Kinetic Media, as well as an animated series with Axis Studios.

The fifth edition of MIP China is being held as both a physical event for conferences (June 22 to 23) and an online one-to-one meeting event (June 28 to 30) that brings together content providers from around the world with Asian and Chinese acquisition executives. MIP China’s conferences will be held physically in Hangzhou, with a spotlight this year on how to produce global animation hits with local stories. All sessions will also be accessible online and available to delegates on replay. Registration for the 1-to-1 meetings closes May 25.

Chelsea Regan is the managing editor of World Screen. She can be reached at cregan@worldscreen.com.
Previous Malaysian OTT Snapshot
Next Viu Thailand Ties Up with Channel 3 & Amarin TV 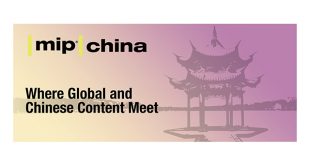 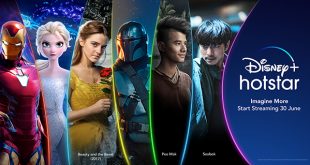 Disney+ Hotstar will arrive in Thailand at the end of this month, delivering global, regional and local content.