ProSieben has been one of the free-TV stations in Europe that offers a steady flow of U.S. series across several time slots, including prime time, with significant success. Even American sitcoms that generally do not travel as well as dramas have garnered loyal German fans. The arrival of global streaming services has changed market dynamics, with U.S. series performing better on SVOD than on linear channels. As a result, management at the Seven.One Entertainment Group has pivoted toward more local shows across all its stations. 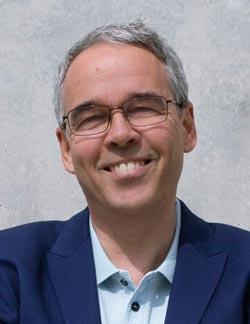 WS: In the past year, were many shows not available because Covid-19 had delayed production?
LASARZIK: Because of Covid, fewer shows were available throughout last year, especially U.S. shows. It was mostly renewals, such as NCIS, that came with fewer episodes than expected. Since there are quite a few U.S. shows on our schedules, this was an issue for a while, and we had to fill the gaps. Furthermore, it wasn’t just production postponed in the U.S. Due to Covid, all the dubbing studios were closed for a few months as well, so it took even longer for new programming to air on our channels. That was quite a challenge for our group of free-TV channels that has the biggest bulk of U.S. shows in Germany on its grids. Fortunately, that has now changed. In May, at the digital L.A. Screenings, there were so many shows from the U.S. studios back on the market.

WS: Are you already feeling the impact of studios keeping shows for their streaming services?
LASARZIK: In Germany, we feel the impact to a lesser extent, since streaming services such as Peacock and HBO Max are not available over here yet. Thus, in the German market, shows from Warner Bros., NBC, Sony and ViacomCBS are still available and some are already part of existing deals. Right now, we are doing business with everybody, even with Disney. We have a lot of first-run feature films coming to our channels for the first time on linear TV this year and next year, and we still rely on existing deals but also on some recent ones.

WS: Would you give an example of the exposure you provide a show across the group’s linear and nonlinear platforms?
LASARZIK: We buy linear and digital rights for our main channel brands and have linear, preview and catch-up rights. A show like Grey’s Anatomy, which has always aired on ProSieben, is one of our biggest U.S. shows still in prime time. The ideal windowing for a show like this might be a seven-day preview before you air it on linear. After that, there is catch-up, maybe AVOD or SVOD. With a long-running show like Grey’s, we also try to have all the library seasons available, so we have the whole show on SVOD on Joyn, our joint-venture platform with Discovery. Joyn offers both AVOD and SVOD. For Grey’s, that’s the ideal windowing scenario as of today.

Another example is Clarice, which we bought from MGM. It has not aired in Germany yet and we have obtained all available rights, from linear free TV to SVOD and AVOD. For shows like NCIS, we also have the library on SVOD catch-up. NCIS actually is a perfect show for linear TV as it is not serialized but a classic procedural. But even for a show like NCIS, we like to offer our viewers on-demand rights.

Another show we have bought recently for free TV is Chernobyl. It’s a Sky [and HBO] show, but we acquired the second window. We aired it last April and it was quite a success on ProSieben. We may not have aired an event show like Chernobyl ten years ago, but nowadays, we also look at these kinds of shows.

WS: It’s complicated!
LASARZIK: Yes, but it’s fun! The acquisition business has changed, but I like it. You have to go along with the changes and provide viewers with the chance to view content whenever and wherever they like. I like the details of the deals and diving into them!

WS: There are so many great shows coming out of Europe. Have you been acquiring those as well?
LASARZIK: We have altered our programming strategy, focusing more and more on local and live content. This has been a gradual development in our market, as in many other markets. We used to be very dependent on U.S. programming, and U.S. shows were a huge success story for a long time. But since SVOD services like Netflix or Amazon have entered our market, U.S. shows don’t work that well anymore on free-TV channels. Therefore, there will be fewer U.S. shows on our channels in prime time. As for European shows, we are looking at everything. We don’t have a history of European shows on our channels, but that does not mean we would not go for one if we find the right one for our audience.

WS: Besides TV series, what else have you been acquiring?
LASARZIK: We will have some movies from The Walt Disney Company for the first time on free TV in Germany in the next few months, such as Frozen II, Star Wars: The Rise of Skywalker, Avengers: Endgame and The Lion King (2019 version), stemming from an existing deal. We also bought Spider-Man: No Way Home, Jumanji: The Next Level, Dune, Tenet, Bad Boys for Life and recently, we also closed a deal with STUDIOCANAL for Gunpowder Milkshake and the new Guy Ritchie movie Wrath of Man, [an English-language remake of Cash Truck].

We have also been buying a lot of factual these days. We have seven free-TV channels; one of them is a documentary channel, Kabel Eins Doku. Our free-TV channels such as sixx, SAT.1 Gold and ProSieben MAXX also have a huge volume of factual programming. We have just licensed The Real Housewives of Beverly Hills. We recently bought the documentary The Center Seat: 55 Years of Star Trek. We also buy a lot of home-makeover programs such as Making It Home with Kortney and Kenny. For pay TV, we extended our deal for The Late Late Show with James Corden, and we air it one day after the U.S. We not only need the big shows, but we also have to provide the channels with a lot of different programming.

WS: Is the program offering different on your pay-TV and digital services compared to the linear channels?
LASARZIK: Definitely. Whereas our big linear channels like ProSieben, SAT.1 or Kabel Eins are each geared toward a broader demographic, our smaller channels like sixx or pay-TV channels like ProSieben FUN are additional offers that try to attract a more specific demographic. Let’s take ProSieben as an example: Whereas the big free-TV brand serves an audience at roughly 14 to 39 with its shows, docutainment and U.S. fiction, its free-to-air counterpart ProSieben MAXX tackles a predominantly male audience between 14 to 39, offering sports events like the NFL, documentaries and anime series. Our basic pay offering, ProSieben FUN, on the other hand, also addresses a younger audience than ProSieben with comedy highlights, action sports and e-sports. On the digital side, Joyn not only offers previews and catch-up to our TV content; Joyn’s own originals are often geared toward a younger, somewhat edgier audience, often making use of social media stars that are big within Generation Z.

WS: How have you adapted to acquiring product without physical markets? Digitally, you can screen everything, but do you miss the in-person aspect of the markets?
LASARZIK: We miss it a lot because it’s fun to be part of a people business. On the other hand, I was really surprised that digital worked well for us. But that’s only because we know our partners well and have known most of them for a very long time. However, meeting someone for the first time only digitally is clearly less fun. It’s much easier to do business with someone digitally that you have known for ages. I do miss going to a market, like the L.A. Screenings or AFM, where you bump into people by chance and pick up information. 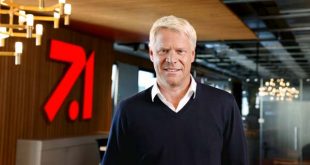 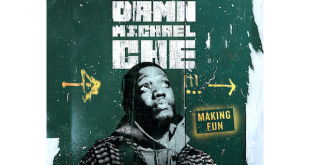 That Damn Michael Che, starring the Saturday Night Live comedian, has been renewed by HBO Max for a second season.