Nippon TV’s new anime department has secured sales for the series Joran the Princess of Snow and Blood.

With Nippon TV and Hulu in Japan maintaining all international rights, the companies have inked a deal with Crunchyroll for worldwide distribution, excluding Asia. It has also signed agreements with TV stations and platforms throughout Asia by Medialink, through its own branded channel Ani-One and on the TV station Aniplus TV and platform aniplus.tv by Aniplus. In Japan, the series will air on Nippon TV (terrestrial), BS Nippon TV (satellite) and CS Nittele Plus (cable/satellite). On Hulu in Japan, each episode will be streamed one week before Nippon TV.

Kako Kuwahara, executive VP of the anime department at Nippon TV, said: “Loaded with images that the world perceives as Japanese, Joran the Princess of Snow and Blood features intense action, serious human dramas, and a dark look and feel that I am confident will capture the hearts of anime fans across the globe. Furthermore, the theatrical adaptation of Joran is slated for the fall of 2021. It is a collaborative effort with media mix experts Bushiroad Move Inc. and Bushiroad Music Inc. I am beyond excited to see the creative work that will arise from this phenomenal collaboration. I hope you enjoy the world of Joran from the many angles it offers.”

Tags Joran the Princess of Snow and Blood Nippon TV

Chelsea Regan is the managing editor of World Screen. She can be reached at cregan@worldscreen.com.
Previous VCNI Appoints Olivier Jollet to Newly Created Role
Next North American Cord-Cutting Slows 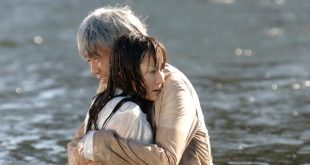