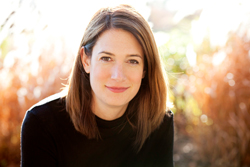 Broadcast on Channel 4 in the U.K. from 2013 to 2014, Kudos’ Utopia, a black-comedy conspiracy thriller, became a cult hit, earning rave reviews, an International Emmy and a raft of BAFTA nominations. For the last six years, celebrated author Gillian Flynn (Gone Girl, Sharp Objects, Dark Places) has been on a journey to bring her own spin to the beloved show, with the project finally landing at Amazon Prime Video. Produced by Endemol Shine North America, Kudos and Amazon Studios, Flynn’s Utopia, about a group of comic book fans who are drawn into a mission to save the world, premiered in September, with the show wrapping preproduction during the COVID-19 shutdown.

WS: I understand you’ve had a long journey with Utopia. Take me back to the beginning.
FLYNN: It’s very strange. I started writing it for David Fincher. He was going to direct every episode and I was going to write every episode. He was still shooting Gone Girl, and he said, Let’s get the band back together! I had such an amazing experience working with him on Gone Girl, so I said, Let’s do it! I can trace how long it’s taken because I started writing and immediately got pregnant with my daughter, and she is today in her first-grade online class. She’s a walking chronology of how long it’s taken to get this thing finally made. It came down to pure stubbornness on my part. These episodes will be made! If I have to get out my iPhone and do it, we’ll do it that way. It started at HBO and it fell apart there, for budget reasons, and ultimately found a home at Amazon. I was really grateful.

WS: I know Channel 4’s Utopia is beloved. What was the approach to taking it and making it your own?
FLYNN: It was daunting, for sure, because you don’t ever want to mess with fan folks’ beloved classics. It’s dangerous territory! I watched it and thought there was so much there, so many different themes to play with and a lot of issues that felt very urgent. In particular, I liked playing with the idea of conspiracies. That the solution to this mysterious, possibly world-ending pandemic is hidden in, of all things, a comic book. It’s hidden in plain sight. We’ve only become more [interested in conspiracies] in the six years since I started writing, with QAnon and [everything on] social media. We are a world now where there’s no such thing as absolute truth anymore because you can always find a truth that will fit what you want. I liked that idea. Dennis Kelly [creator of the original Utopia] was so gracious about letting me take over his world and make it my own. He kept saying, Why do a remake unless you’re going to re-make it? I took some of his DNA and some of my own. I watched his version, which I loved, once through, and then one more time and made notes and didn’t look at it again. I think [we used] only two lines of his dialogue. I wrote the rest and let it become its own thing; it breathes a little bit. He took his cues from Britpop—it was very bright, very color-saturated, very of the graphic-novel world, sleek and beautiful. I took my cues more from the ’70s conspiracy thrillers like The Parallax View and All the President’s Men. When I was trying to sell it again, I was pitching it as The Goonies meets Marathon Man. Who doesn’t want to see that? My version is very much an ode to those films. It does feel like the time is right for a really good conspiracy thriller, when we’re all watching each other so closely, and thinking everyone has hidden motives and [the idea that] there are secret societies and secret government branches. That felt really current.

WS: I know you finished filming pre-shutdown. How did you manage the postproduction process?
FLYNN: Timing-wise, we were really lucky. We had locked picture on all eight episodes and we were down to ADR and score. But most of the heavy lifting was done. I had been flying back and forth to L.A., since L.A. has all the best equipment and that’s where the editors were based. We’d crack on an episode for a week and get the bulk of it done and then tweak it remotely. We had heard about this virus that was way far away from us; it wasn’t going to reach us! I said, see you guys in a week, and then everything shut down. We were able to finish it remotely because it was all computer-based by then. It wasn’t too much of a transition.

WS: Given that we are living in the middle of an actual pandemic, do you think the show will resonate differently now compared to if it had launched last year?
FLYNN: All eyes on Dennis Kelly is all I can say. He is the Nostradamus of England. To me, it’s not a pandemic show, it’s not a procedural, it’s not Outbreak. The pandemic is part of a larger storyline. I don’t think too many people will be turned off by it. We don’t steep in it too much. With everything I do, I get it to a point where I’d like it, I’d watch it, I’d read it. If you feel that way, it’s about all you can ask for. Then you just hope for the best and send it out into the world.

WS: Do you have a preference as to whether shows are launched with all episodes or rolled out week to week?
FLYNN: When I first heard the term binge-watch, I was very snobby about it. TV is not supposed to be consumed like potato chips! And then I proceeded to consume everything like potato chips.

WS: Once you knew you had eight episodes to work with, how did you craft the overall arc of the season?
FLYNN: I’ll tell you, it started as ten episodes when it was at HBO, and then for budget reasons, it went to nine episodes, and at Amazon, it went from nine episodes to eight episodes. It’s an expensive [setup]: it’s basically a road picture. We’re moving from place to place, with no set to return to. We were constantly building and finding places [to film in]. In a way, it was like writing a novel. You have to look at it as a whole picture and then tend to each individual episode to make sure those were satisfying in and of themselves. It was a lot of tweaking and a lot of rewriting, which I love.

WS: I’m fascinated by your career arc, from journalist to novelist to screenwriter and showrunner. What were some of the things you had to learn as you were making those transitions?
FLYNN: It was a very steep learning curve. And there’s something very humbling about pushing 50 and learning something totally new. I kept telling myself, This is a wonderful challenge. How many people are lucky enough that they are frightened to go to work every morning and figure out a whole new skill set? You’re so lucky! And then I’d cry in the shower for a while and clean myself up and go to work.

Sharp Objects [the novel] only got done because I was a journalist. That was the key. I had started and stopped multiple novels and just never finished them, for whatever reason. There’s something about working for a weekly magazine, where we had a lean staff, and you’re writing all the time, that demystified the whole process in a really useful way for me. You realize that the muse is not just going to come down and touch you on the crown of your head and give you all the gifts to write a novel. Sometimes writing a novel is pure stubbornness and will. I always tell people, there are a lot of talented novelists who you’ll never read because they just don’t have that stubbornness. You have to say, I’m going to finish this goddamn book, or it’s going to kill me! So I finished [Sharp Objects], and then Gone Girl was another really big learning curve. I had sold the rights with the insistence that I would get a crack at the first try at a screenplay. I was still in the middle of my author tour for the book while I was writing the screenplay. I was on a train from somewhere in Michigan [where I’d been] for a library event, back to Chicago, when I was able to write the end of the script. I bought myself a small, warm bottle of wine to celebrate! [David] Fincher liked it and we met and he was just the best mentor you could ask for. I learned so much from him. He works really hard and if you’re working as hard, he gives you that grace of space to figure everything else out.

My dad is a film professor, so I grew up watching movies. We’d have father-daughter dates every week where we’d go see a movie—usually one he wanted to see. He’d make up reasons for why he was taking me along: You’ll love The Elephant Man! He took me to see Alien when I was 6. I remember him saying, Gillian, do you know what the word “heroine” means? It’s a female hero, and this one has a female hero and it’s important you see it. I screamed my pants off for two hours.

WS: Are you already mapping out a second season of Utopia?
FLYNN: Absolutely. We’re already getting in gear. It seems strange since I feel like I signed off on it only a couple of weeks ago. Is it time to get back into the Utopia world? I never left! I’ve been in it for six and a half years! 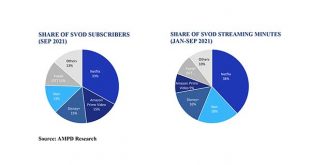 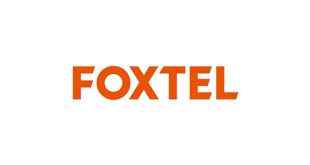 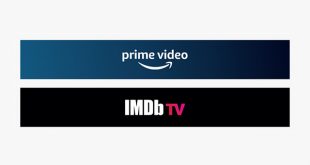 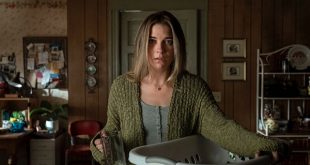 Kevin Can F**k Himself Heads to Amazon Prime Video 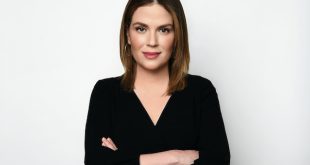 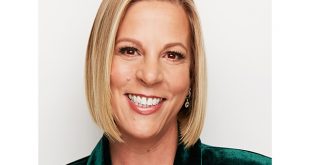 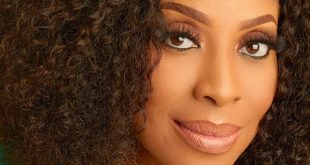