AMC Networks Entertainment Group President Sarah Barnett is stepping down from her position after September 7.

Barnett joined the company following its acquisition of SundanceTV (then called Sundance Channel) in 2008 as senior VP of marketing. She was promoted to president and general manager in 2009.

“This is a year that has confronted us with radical change on multiple fronts,” said Barnett. “After a lot of consideration—and with a slightly breaking heart—I have decided that it is the right time for me to follow my curiosity and leave things in the very capable hands of the outstanding team at AMC Networks. Shaping stories and connecting them to audiences alongside brilliant people inside and outside of this company has been a unique joy and privilege for the past 11 years. Ed Carroll and Josh Sapan gave me many rich opportunities to build great brands and take creative risks in the pursuit of exciting television, I am so thankful to them for that. I leave with gratitude and huge affection for all my AMC Networks colleagues who will continue to make and do great things.”

“Sarah came to AMC Networks more than a decade ago, when we acquired Sundance Channel,” said Carroll. “She immediately put her stamp on Sundance with fresh, impactful storytelling like Rectify and Top of the Lake which continued when she took the reins of BBC America, growing Orphan Black, the network’s natural history franchises and developing the critical and audience hit Killing Eve. At AMC, she expanded the growing franchise of The Walking Dead while greenlighting new shows including Kevin Can F*** Himself and 61st Street, and she built a strong team to meet the shifting nature of our business. Sarah is one of the most versatile executives I have had the pleasure of working with—expert at programming, branding and team building, all with an eye toward the business of a rapidly changing entertainment landscape. She is also a truly progressive leader. We will miss her at AMC Networks.”

Kristin Brzoznowski is the executive editor of World Screen. She can be reached at [email protected]
Previous Wonya Lucas to Lead Hallmark Channel
Next Comedy Central Revives Ren & Stimpy 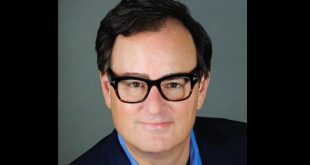