AMC Networks Entertainment Group has tapped Dan McDermott, most recently head of the Lionsgate and BBC Studios scripted TV partnership, as president of original programming and co-president of AMC Studios.

McDermott will be based in Los Angeles and will be responsible for content creation across the Entertainment Group’s network brands, including AMC, BBC America, IFC and SundanceTV, as well as AMC Studios, where he will be co-president along with Stefan Reinhardt, who oversees business operations and studio production.

David Beck, most recently executive VP of strategy and operations at WarnerMedia, joins as executive VP and head of programming strategy and business operations. Beck will lead the Entertainment Group’s linear and digital programming strategy, scheduling and acquisitions group, digital content and operations including AVOD, TVE and AMC Premiere, as well as overseeing key brand and functional areas across AMC, BBC America, IFC, and SundanceTV.

McDermott and Beck will both report to Sarah Barnett, president of AMC Networks Entertainment Group and AMC Studios.

“Dan puts creative excellence at the center of everything and does so with deftness and delight,” said Barnett. “His proven chops at finding breakout content and his dexterity at driving success in a wide variety of positions, make him the ideal leader for us during a period of massive industry change. Dan will bring strong leadership to our Los Angeles office, working with a tremendous group of talented creative executives.”

“We are thrilled to snag David,” Barnett added. “He is an impressive and highly effective leader who brings a terrific track record of driving growth and change at a number of media companies. David is leading some hugely talented teams of passionate people fully engaged in navigating us through this chapter. I know they join me in enthusiastically welcoming David to the company as we continue to transform the way we work.” 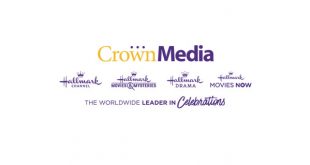 Crown Media Family Networks has launched a 30-day free trial for the SVOD platform Hallmark Movies Now, which is doubling up on its Christmas movie offerings.