LOS ANGELES: Gaumont International Television has upped Roman Viaris to company CFO, while also promoting Tim Farish to head of marketing and publicity. Previously GIT’s head of finance, Viaris will now be responsible for overseeing all financial matters for the company and its projects. The exec joined GIT in 2013, having formerly served as CFO … 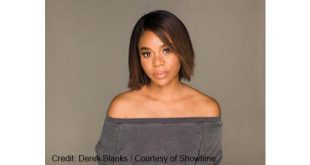 Regina Hall has entered into a first-look deal with Showtime to develop and produce projects under her company, Rh Negative.