LONDON: Turner Broadcasting has named Pierre Branco as VP for Southern Europe and Africa and general manager for France, Portugal and Africa, in addition to a promotion within its distribution and business development unit. Branco adds Africa to his previous general manager responsibilities for France and Portugal. He will be responsible for editorial and commercial …

The leading source of information for the international media business.
Previous GRB Sends Pair of OWN Series to Africa’s MNET
Next DISCOP Africa 2014 Pacing Ahead of Last Year’s Registrations 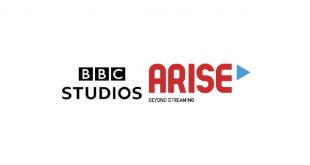 BBC Studios has secured a content package deal with Nigerian streaming platform ARISEPlay to bring over 200 hours of British content to its service.

Writing Around the Christmas Tree
Designed by HattanMedia.com
© Copyright 2021 World Screen Inc. All Rights Reserved.
No part of this website can be used, reprinted, copied, or stored in any medium without the publisher's authorization.