JOHANNESBURG: MTV has picked up the exclusive African TV broadcast rights for the U.S. series The Tonight Show Starring Jimmy Fallon from NBCUniversal International Television Distribution. The show will begin airing in Africa as of September 24 in a daily slot. The Tonight Show has been a U.S. TV institution for almost 60 years; Fallon …

The leading source of information for the international media business.
Previous Starz’s Spartacus & Magic City Coming to Africa’s iROKOtv.com
Next MBC in the Middle East Picks Up Celebrity Style Story 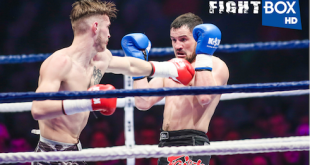 SPI International/FilmBox has secured a distribution deal with Canal+ Group to bring its combat sports entertainment hub FightBox to Ethiopia.

Devolution: A Devo Theory
Designed by HattanMedia.com
© Copyright 2021 World Screen Inc. All Rights Reserved.
No part of this website can be used, reprinted, copied, or stored in any medium without the publisher's authorization.