MISTCO has secured the sale of ten movies from its catalog, including the animated features Rafadan: Göbeklitepe and Captain Pengu, into Israel.

“We are very active in the region with our dramas but pleased to extend our existence with [this] movie lineup in the Israeli market,” said MISTCO Managing Director Aysegul Tuzun. “As an official distributor of TRT, we have the widest animation catalog, and all titles in our catalog are educational and entertaining. We are pleased to see Rafadan: Gobeklitepe and Captain Pengu’s expansion in the international market with other movies in our portfolio.”

Produced by ISF Studio and written by Ozan Çivit, Rafadan: Göbeklitepe is about the mysterious adventures of the “Rafadan Tayfa” team in Göbeklitepe. In the region, which is accepted as the first temple of the world and included in the UNESCO Cultural Heritage list, Rafadan is going on a mysterious journey with his team.

Captain Pengu, produced by Siyah Martı and written by Arzu Yurtseven and Murat Ferhat, draws attention to climate change. The eponymous Captain Pengu is a little blue penguin, living with his family and friends in a place covered with glaciers that have been melting. One day, his friend polar bear Putuk falls into the sea and disappears and then one day a letter comes from the Animal Council asking them to investigate the abnormal changes observed in the world. Captain Pengu sets out to find his missing friends and fulfill the Council’s demand.

Chelsea Regan is the managing editor of World Screen. She can be reached at cregan@worldscreen.com.
Previous MENA SVOD Subs to Top 32 Million by 2026
Next BritBox to Launch in South Africa 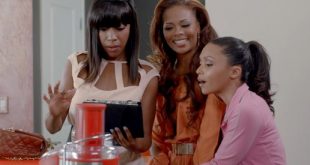 Kwesé TV has penned an exclusive broadcast deal to air programming from TV One, including the sitcoms Born Again Virgin and Love That Girl.