According to the latest figures from Digital TV Research, Africa will have 12.96 million SVOD subscriptions by 2025, up from 2.75 million at the end of 2019.

From the 10 million additions, South Africa will supply 3 million to take its total to 4.3 million, and Nigeria will add 2.1 million to total 2.73 million.

Simon Murray, principal analyst at Digital TV Research, said: “Local player Showmax will add more than a million paying subscribers, partly due to the launch of its Pro platform and its lower prices for mobile subscribers. It will reach many more homes as a free extension for its pay-TV subscribers.”

Kristin Brzoznowski is the executive editor of World Screen. She can be reached at [email protected]
Previous DISCOP Africa Transitions to Concierge Matchmaking Service
Next Canal+ Takes 6.5 Percent Stake in South Africa’s MultiChoice 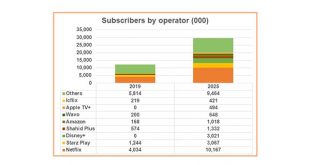 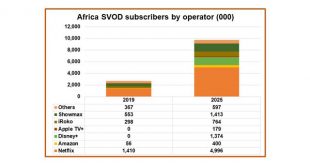 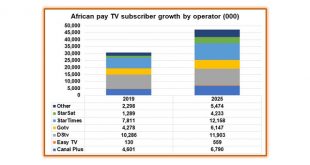 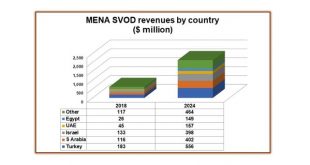 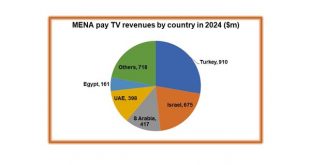 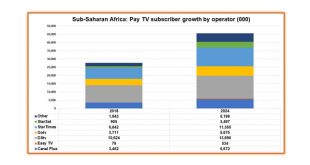 Christmas Unwrapped
Designed by HattanMedia.com
© Copyright 2020 World Screen Inc. All Rights Reserved.
No part of this website can be used, reprinted, copied, or stored in any medium without the publisher's authorization.