LONDON: Passion Distribution has placed more than 200 hours of programming in Latin America in the last three months, including such titles as World Scariest and The Imploders. Construir TV in Argentina picked up Architecture School and The Imploders. In Brazil, Globosat went for two series from OWN, Extreme Clutter and The Swell Life, along … 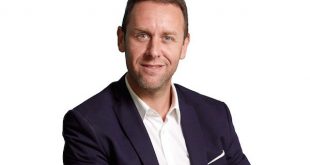 TelevisaUnivision has appointed Guillermo Borensztein to be its new senior VP of international content licensing and co-production.