LOS ANGELES: MundoFox’s new original drama Two Moons has been given a May 3 premiere date. The program is set to debut on the network at 10 p.m., and will then air on Saturdays at the same time. Two Moons marks the return of actress and producer Barbara Mori to Spanish-language television after nearly ten …

The leading source of information for the international media business.
Previous Telemundo Preps Digital Companion Series for Lord of the Skies
Next Lifetime to Launch in Latin America 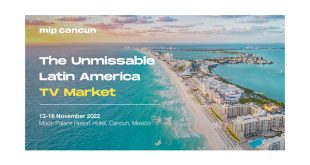