BUENOS AIRES: The Argentine dramedy series The Man of Your Dreams has launched on Movistar TV in Spain, with both seasons available on VOD in that country. The series first aired on Argentina’s Telefe; its freshman season consists of 13 episodes and its second run is made up of 11 episodes. The show tells the … 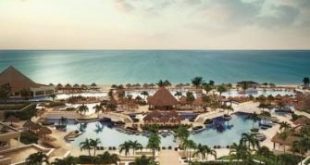 The seventh edition of MIP Cancun is moving forward as planned for November 17 to 20 in Cancun, Mexico, according to event director Bénédicte Touchard de Morant.