UKTV’s Dave Goes for The Last Man on Earth

LONDON: UKTV’s entertainment channel Dave has picked up the U.S. comedy The Last Man on Earth from Twentieth Century Fox Television Distribution. The show stars Saturday Night Live alum Will Forte and Mad Men’s January Jones. The series will air on the network starting this August, with a seven-day catch-up available on UKTV Play. Steve … 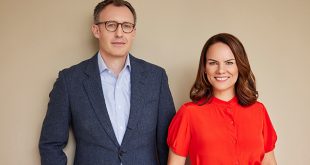