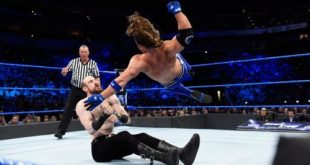 WWE has entered into a new partnership with ViacomCBS’s Channel 5 to broadcast highlights of its weekly programs Raw and SmackDown on free-to-air television in the U.K.