Saran Studios has inked deals for A Mother’s Love with eltrece in Argentina, Uruguay and Paraguay and Latina TV in Peru.

The series centers on Nazli, a poor woman whose long-lost twin died before the two could meet. Her sister’s daughter suffers from a rare heart defect, and Nazli steps in to pose as her mother when the girl’s father worries that she won’t survive the loss.

A Mother’s Love began airing in Turkey on Valentine’s Day under the title Canım Annem on TV8. Three months later, it launched in Spain on the Divinity channel under the title Querida Madre. It will air in Latin America as Amor de Mama.

Jamie Stalcup is the associate editor of World Screen. She can be reached at jstalcup@worldscreen.com.
Previous ABC Australia Readies Significant Others Debut
Next Squid Game’s Emmys Breakthrough 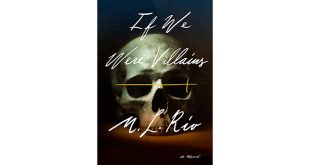 If We Were Villains Getting TV Adaptation

Blink49 Studios has teamed up with Sex Education producer Eleven for a new series based on the novel If We Were Villains written by M.L. Rio.