Speaking at a press conference in Seoul on the heels of their Emmy wins, Squid Game‘s Hwang Dong-hyuk and Kim Ji-yeon weighed in on what the show’s global success and critical acclaim mean for the Korean content business.

Squid Game was arguably the biggest scripted success story in 2021. Launched globally on Netflix in mid-September last year, the Korean original gradually built buzz over the next few weeks. Per the streamer’s Q4 results, the show generated 1.65 billion hours viewed in its first four weeks streaming.

“It took 12 years to bring the first season of Squid Game to life last year,” Hwang, the show’s creator, writer and director, said in announcing the second season renewal this summer. “But it took 12 days for Squid Game to become the most popular Netflix series ever.”

Other than being a megahit for Netflix, the show also broke new ground when it was nominated for a whopping 14 Emmys, including outstanding drama series. While it was bested in that category by HBO’s Succession, Squid Game did land Hwang a statue for outstanding direction, with additional wins for star Lee Jung-jae in the competitive lead actor category and guest star Lee You-mi. In total, the show took home six Emmys, with wins in the special effects, stunts and production design categories.

At a press conference organized by Netflix in Seoul last week, Hwang was asked repeatedly what the show’s global success and critical acclaim means for the Korean content business in general. “I’m spending most of my time on my creative work, so I haven’t really contemplated the direction for the industry,” Hwang said, noting that he’s currently writing season two, which is expected to go into production next year. “I had actually conceived of the idea for Squid Game as a feature film. Netflix coming into being brought about a great opportunity for the overall industry. And, of course, for myself.”

Kim, CEO and founder of Siren Pictures and executive producer on the show, discussed how she saw series potential in Hwang’s original film concept. “That notion of a series of children’s games played by adults, with their lives at risk, was so intriguing and led to me asking, What would I do in their shoes? I thought that really resonated with a lot of people. We have all seen survival games portrayed in Japanese content before. But when you look at those things, you feel like, if I’m put in those games, I will die in an instant! When you look at the games in Squid Game, maybe if I am lucky, I might be able to survive. That motif was really key. Because of the stories within it, I thought a series would be much better than a feature film.”

Watching the show build traction in its first weeks, Hwang said he felt “like we were living in a different era. Many countries around the world are [understanding] how we process this. How do we work with these changes? There are a lot of talks about how we can institutionally support K-content in the industry and that’s extremely important. Based on my experience and my career, when we are too focused on creating so-called K-content, it may not work out as well. I hope that this will open more doors for creators and [provide more] resources that can be put into creating more content and creating a more dynamic industry.”

Kim added, “If you think about who [previously] watched shows and content created in the Korean language, it was only people who spoke the language and were familiar with Korean culture. Now there are channels that allow for this content to reach out to people who don’t speak the language, who are not familiar with the culture. There are people in every country who can be exposed to this content. We live in a world where our level of understanding of other cultures, of other languages and of other people has deepened.”

Hwang also addressed the themes he’s been keen to explore in Squid Game. “We are in a world where it’s becoming tougher to live, and I feel like some people are so pessimistic to the point where they [feel] like we’re all going to be doomed in a couple of decades. I want to pose a question to society. I don’t think it’s just me. I think it’s everybody. People in the industry as well. There are a lot of us who really want to challenge society and ask these important questions. How can we delay the demise of our society?”

Mansha Daswani is the editor and associate publisher of World Screen. She can be reached on mdaswani@worldscreen.com.
Previous Saran Studios Sends A Mother’s Love to LatAm
Next Stephen Graham to Star in New True-Crime Drama for ITV 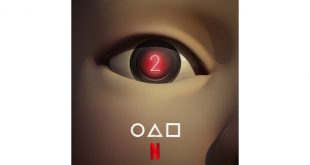 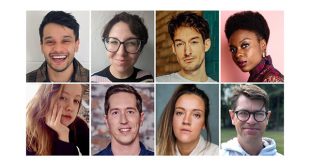 BBC Studios has revealed the eight emerging TV writers who have secured a place in its Writers’ Academy course.