The interest in foreign-language scripted in the U.S. is surging, creating new opportunities for niche SVOD operators like Topic. Owned by First Look Media, the SVOD service has carved out a unique position in a crowded landscape with signature imports like the beloved Danish hit The Killing. Ryan Chanatry, the platform’s general manager, discusses discovering the best global scripted series for its discerning customer base.

TV DRAMA: Tell us about Topic’s positioning in the SVOD marketplace.
CHANATRY: It’s a crazy time to be in streaming, but also very exciting! After being in the market for almost [two years] now, we’ve found our space to be bringing the best of undiscovered global storytelling into the U.S. and Canada. We have a focus on thrillers, crime, within the genre spaces that people love, in an elevated and well-produced way. That’s proved to be differentiating for us. While all the services have some element of that type of programming, there’s not anyone focused on overserving the customer who loves to go deep on great detective crime thrillers or political suspense stories. A large number of series and films haven’t been seen in the U.S. or haven’t had significant exposure. Baron Noir is an excellent example. It’s a French political thriller. It was on Netflix, I’m sure many people watched it there, but they didn’t bring the third season to the U.S. We were able to bring the third season as a premiere, and we have seasons one and two as well. We’re excited because we’re still at the very beginning of our journey. We’re eager to continue to figure out the best role we can play in our audiences’ lives. 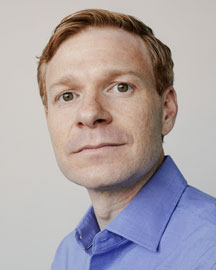 TV DRAMA: What gains did you see amid the lockdowns of last year?
CHANATRY: While we did see strong gains, we were even newer at that stage. What has given us confidence is that we’ve steadily grown. We saw massive viewing during April, May and June of last year. Much of that was around series like Pagan Peak—the German version of The Bridge—and Arctic Circle, a great thriller from Finland. Some of our Israeli titles did well and continue to do so. We saw the escapist side into what is a little bit dark. It is an interesting part of how people enjoy entertainment, even at the height of that period. Some people preferred to engage with something darker or more consuming than what we were going through. You might think that everyone wanted comedies, but that wasn’t what we saw, although we do have some great comedies! That’s been encouraging to see. There are amazing series from around the world that just haven’t had the chance to be seen here. Even if they are 5, 6, 7, 8 years old. Follow the Money is a great example. It’s a Danish show that was never released here until recently. We premiered that in June.

TV DRAMA: What are some of the critical retention tools you use to minimize churn rates?
CHANATRY: It’s certainly a challenge. We’re in the early stages of working that out. We’re pretty happy with where we sit at the moment, but we know it’s a long and never-ending journey. For us, it’s just having a steady stream of series that we will be confident that some portion of the audience will engage with. We know our hits, and we want to ensure that our different viewing profiles will ideally have something every month, every other month, that keeps them invested. We’re not a mainstream service. We’re not something we expect you to open up every single day and see what’s new. That’s not the space we’re carving. Once a month, once a week, whatever that cadence is for you, you’ll check us out and feel like there is something new. Because we’re so specific, the curation is critical. We want our audience to feel like everything was picked for them. Most likely, they’re not going to know the series. They may not know any of the talent in the series. We have a lot of challenges in that way; we’re asking you to take the time on something. We have a Tasmanian original. It [has] incredibly strong Australian and Tasmanian talent. We’re asking you to explore this community in Tasmania that most likely you’ll never get to experience in life, but you can spend time with on the screen. That’s what we hope is the unexpectedness of why you subscribe.

TV DRAMA: What is the strategy for originals? How are you tapping into the resources of First Look Media, your parent company, as you commission your own shows?
CHANATRY: We want to use our original dollars to push our mission forward, which is about representing the creators who are telling unique stories from their parts of the world. We launched an initiative with Statement Films, a call for submissions from women filmmakers across the African continent. That’s a great example of wanting to go to those communities of talent that may not get the ability to be in some of the rooms to pitch their ideas. We want to hear the stories of suspense, lore and mythology; what you would only know if you grew up in or were exposed to a certain part of a community or a country. That’s where we want our dollars to go when we get into production spending. Bringing a Kenyan story of lore to the North American audience in a way they will deeply engage with, or finding a South Korean series that hasn’t made it over here and maybe be a co-producing partner. The Tasmanian series is a great example of that, working with SBS on a show that might not make the radars of the buyers here. We’re mostly focused on finding those underrepresented voices at their source, working with them to develop and then hopefully making more and more series or films across the world in each of those areas. We are really lucky to be a part of First Look Media. We look for ways to partner with Topic Studios, The Intercept and Field of Vision. A great example is Soul City, from Coodie and Chike, amazing filmmakers, about New Orleans myths. We did that in short form and released it on the platform. We want to be focused on driving the mission forward but also looking for ways that we can build our creators’ profiles, build our IP and hopefully, as a streamer, be in a position to make Soul City a longer-form series or a version of that in the future at a higher production level. I think Topic is unique in what we’re looking to do and have been able to do so far.

TV DRAMA: Are there plans for international expansion?
CHANATRY: We’re pretty focused at the moment on getting the U.S. and Canada right. We would love to bring the brand elsewhere, and we’ll figure that out in time. Part of what’s special about what we’re doing is bringing global shows into the U.S. and Canada. It’s interesting to think about how you would do that if you launched in Latin America or Asia or Europe, where a lot of these stories are coming from. We think there are opportunities there, and we certainly hope to bring the brand, or a version of it in the future, out more broadly.

TV DRAMA: There do seem to be greater opportunities for collaboration—and cost-sharing—for region-specific streamers rather than the global ones.
CHANATRY: That’s what we do feel like is the opportunity. There is so much support for incredible series, especially in Europe. If those are not globally available rights, services like ours are great partners for the Nordic broadcasters, for the STUDIOCANALs, the ARTEs, the ZDFs and all of the other strong brands and filters that have started to [come into] their own in the last five to ten years. Those are aesthetically and tonally who we feel like we get along with well. We have many of their series now. It becomes a different approach when you have multiple markets.

TV DRAMA: Are there any gaps you need to fill? How does your slate look for the year ahead?
CHANATRY: We’re happy with where we’re heading, but we’re always looking for more great titles. We [brought] the original The Bridge back to the U.S. We have The Killing, and we have a great series called Dead Mountain from Russia. Dead Mountain is a great example of an elevated level of storytelling in this crime/thriller/noir approach. We’d love to see more versions of stories like that. We don’t want to leave Europe behind by any means, but we want to push into finding those similar projects from South America, Asia, Southeast Asia. That’s what we’re looking for next year, to bring more emerging series like that and sprinkle them in with the Australian, French, Nordic shows.

What excites me about our future and the future of programming is you look at what happened in Europe in the last eight years, as Netflix came into the market and everyone had to step up their game. All those markets were so isolated for so many years before they started to collaborate. I’m very excited to see that. Part of the reason we’re working on this African initiative is that we’d like to see similar things in other countries. Over time, those are the types of initiatives we want to support. The ideas are there. It’s not for lack of storytelling or concepts. It’s about getting those ideas noticed and then produced in a way that will resonate with our subscribers in Wyoming, California or Texas. That’s part of expanding someone’s view.

Mansha Daswani is the editor and associate publisher of World Screen. She can be reached on mdaswani@worldscreen.com.
Previous Jeff Wilbusch Cast in Peacock’s The Missing
Next AMC+ Picks Up Psychological Thriller Anne Boleyn 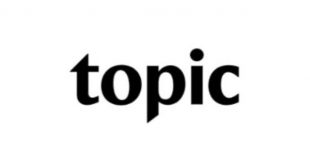 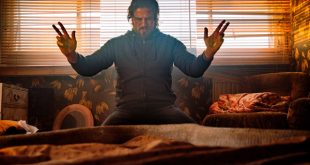 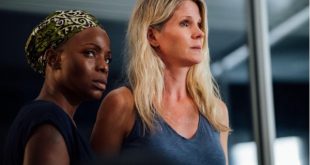 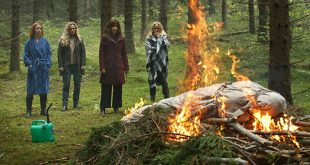 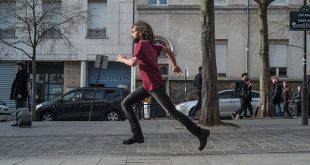 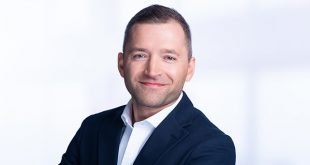