Production had started on the new eight-part drama series Black Sands, which is being made in association with All3Media International.

Principal photography on the eerie crime thriller is taking place on location in Kirkjubæjarklaustur and around Reynisfjara, the world-famous black-sand beach on the south coast of Iceland. All3Media International secured presale partners in VRT Belgium, which will co-produce, and YLE Finland.

Glassriver producer Hörður Rúnarsson commented: “We’re thrilled to be underway with our highly anticipated crime thriller Black Sands—the team both in front and behind the camera is a tremendous ensemble ensuring the quality of the show. Black Sands is a cinematic and bold show, set in this unique landscape and bringing forth the rich, emotional storytelling heritage of the region, as is the way with everything Baldvin Z touches. Channel 2 has been fantastic from day one and we are extremely thankful for the masters of the crime genre, All3Media International, who’s been instrumental through their unwavering support and belief in the strength of the story and creative vision that we are bringing to the screen.”

Baldvin Z, Edda winning director, producer and writer, said: “The approach in Black Sands is to heighten the tension in a way that draws us closer to the characters instead of purely plot-driven scenes that are meant to drive the story forward. I do not approach this only as a crime drama but as a dark romantic drama/thriller.”

Thora Clausen, head of programming and acquisitions at Channel 2, said: “We are very excited to launch Black Sands in Q4 2021 and believe this is a series that will be well received by our subscribers. We have always had strong belief in this project due to the quality of the scripts as well as the ambitious casting. Our cooperation with Glassriver on previous productions as well as Black Sands has always been successful and we are very confident that Black Sands will meet its promise.”

Stephen Driscoll, executive VP for EMEA and European co-productions at All3Media International, added: “We are so excited to see the Glassriver team start production on this brilliant new thriller. Crime fans around the globe are in for a gripping investigation across this stunning landscape as our protagonists pursue a killer in their midst whose actions will devastate their community. We are very grateful to YLE and VRT for backing this project from its first pitch. We can’t wait to see Baldvin Z and his team realize their vision of a crime series that will enthrall audiences the world over.”

Kristin Brzoznowski is the executive editor of World Screen. She can be reached at kbrzoznowski@worldscreen.com.
Previous Apple TV+ Orders Wool Series Starring Rebecca Ferguson
Next The Promise Lands Season Four, Raft of Sales 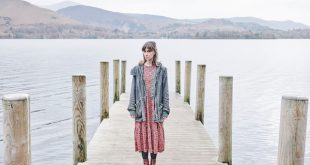 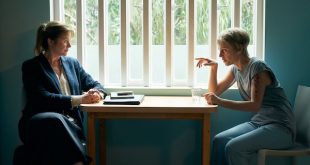 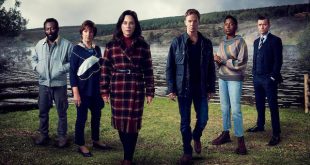 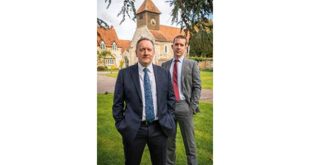 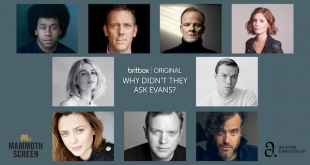 Hugh Laurie’s three-part adaptation of the Agatha Christie murder mystery Why Didn’t They Ask Evans? has commenced production, with Will Poulter (The Revenant) and Lucy Boynton (Bohemian Rhapsody) leading the cast.