Hosko will oversee production on Cineflix Studios’ content and work closely with co-production partners. Focusing on the Canadian market, Hosko will source and develop scripted series. She is based in Toronto and will report to Brett Burlock, senior VP of scripted.

Burlock said: “Sonia is a wonderful person who possesses an impressive track record of producing high quality, long-running series that have been huge hits domestically and internationally. Significantly expanding our scripted business with content partners, streamers, and broadcasters in Canada and beyond is at the heart of Cineflix Studio’s growth strategy—Sonia’s relationships, commitment to inclusion, and creative sensibilities will be instrumental in helping us deliver on that goal.”

Hosko added: “Cineflix Studios has a growing reputation as a major producer of critically acclaimed content that is playing out successfully to audiences worldwide. I’m incredibly excited to be joining Cineflix and to have this opportunity to work with Brett, Peter and the talented production teams behind the company’s amazing shows.”

Kristin Brzoznowski is the executive editor of World Screen. She can be reached at kbrzoznowski@worldscreen.com.
Previous Incendo Preps Two New Romantic Comedy Films
Next Incendo Readies Rom-Com When Love Blooms 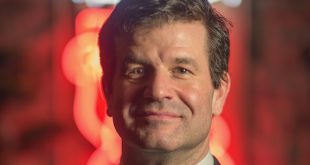