Delivering the opening address at the APOS 2020 Virtual Series, Vivek Couto, executive director of Media Partners Asia (MPA), outlined the key trends at play in the AsiaPac video business, including gains in online video subscriptions, a challenged ad market amid the COVID-19 pandemic and rising investments in local content.

APOS has set two virtual editions for this year, one this week and a second set to take place in September. More than 1,000 attendees tuned in for the day one agenda.

Video industry revenues region-wide will drop by 3 percent this year amid the pandemic, with online subscriptions partially offsetting the “significant declines in advertising and a relatively flat overall subscription pie.”

The gap continues to close between TV and online video advertising: five years ago it was almost $50 billion; this will narrow to $30 billion this year and then $15 billion in 2025. The overall ad pie will lose $8 billion in value this year, Couto said, with TV down 16 percent to $42 billion and no significant recovery in sight: “By 2025, due to various structural factors, the APAC [TV] advertising pie is only expected to reach $41 billion,” Couto noted.

India’s TV ad market will take 34 months before it goes back to 2019 levels, Couto said, while Indonesia will take 70 months. “These are the only markets we see recovering to 2019 levels. Future declines in TV advertising are expected to be especially rapid in Singapore, Malaysia and the Philippines. In particular, without ABS-CBN, the Philippines market will be adversely impacted.”

Monetizing the digital ecosystem will be a key focus going forward, Couto said, noting that digital advertising will have a 9 percent compound annual growth rate (CAGR) over the next five years, almost double the overall ad CAGR of 5 percent. Digital will account for $146 billion in ad revenues in the region in 2025, out of a total of $225 billion. “Online video’s share across the region ranges from 15 percent in Japan to 42 percent in developing Southeast Asia markets such as Indonesia and Thailand, moving up to an average of 20 to 50-percent-plus in the next few years by 2025,” Couto noted.

Online video advertising alone will rise by a 12 percent CAGR over the next five years. “Getting a material share of the pie in the next few years is exciting for local and Asian players with local content—many will look to monetize online through better measurement and a focus on premium audiences with real engagement.”

By 2025, local players in India could have close to 25 percent of the digital ad pie. Indonesia and Japan could move to 30 to 40 percent share.

On the SVOD front, MPA indicates that just under 90 million net new customers will be paying for online services by the end of the calendar year in the Asia Pacific. More than half of those new subs will be in China, 26 percent in India, 10 percent in Japan and Korea combined, 6 percent in Australia and New Zealand combined and 7 percent in Southeast Asia.

While streaming minutes surged during the shutdown, growth is slowing, Couto said. “Consumers are also burning up libraries and new productions are only slowly resuming around the world.”

In 2021, net new additions to SVOD platforms will slow to 76 million “but there is still significant growth,” Couto noted. Dynamics will also change as Disney+ arrives in key markets across Southeast Asia and iQiyi and Tencent’s WeTV expand outside of China. Netflix should reach more than 20 million customers in AsiaPac by year-end, led by gains in Korea, Japan and then Southeast Asia and India with its mobile plan. Prime Video has steadily grown, led by India, Japan, and to some extent, Australia.

To expand their reach, platforms are making “aggressive investments” in local content, Couto said. OTTs are expected to invest $700 million in 2020, scaling up to $1.1 billion in 2022. Platforms in India are also targeting feature-film rights; between Disney+ Hotstar, Amazon Prime Video, Netflix and Zee5, the market will see more than 25 digital-first movie premieres.

Couto noted that 90 percent of video content consumed in AsiaPac is local language. The global players, however, “are primarily focused on leveraging existing library content with the notable exception of India and Korea. This may help boost incremental profitability and is a comfortable fit with legacy consumer media models.”

Couto continued, “Global SVOD offerings are not positioned to be mass or have local depth in key markets excluding India and Korea, though this may change over the long term in key Southeast Asia markets and Japan. The demand for mass local-language online video exists, but other than YouTube, no global players are focused on the opportunity. YouTube economics are not especially attractive for local-language rights holders.”

Couto concluded, “The future of TV across Asia is online, but global brands overly reliant on export rather than immersing themselves in local content ecosystems risk capping their upside in some of the key markets in this region from India through to Japan and Korea and taking in Indonesia, Thailand and other markets as well.” 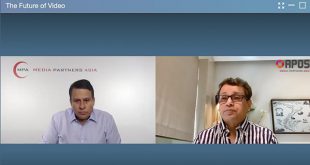 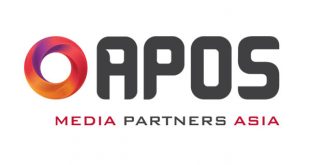 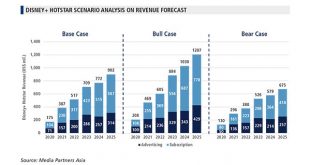 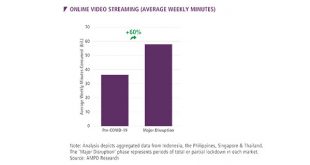 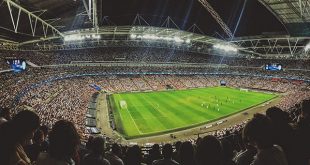 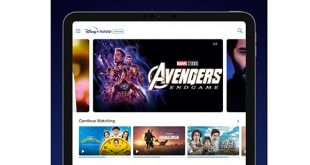 Marking its first Southeast Asian launch, Disney+ Hotstar is set to land in Indonesia on September 5, with a partnership already in place with leading telco Telkomsel and a lineup of locally sourced movies.