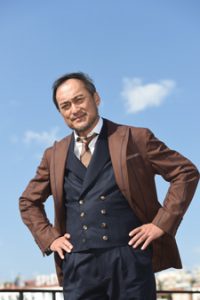 Ken Watanabe started his career on stage before becoming a household name in his native Japan with a string of successful series and TV movies. Global fame would come in 2003 after he was cast alongside Tom Cruise in The Last Samurai, earning him a nomination for best actor in a supporting role at the Oscars. Watanabe has continued to slip seamlessly back and forth between work in Japan and the U.S., with notable roles in Inception and Godzilla. Appearing soon in HBO Max’s Tokyo Vice, Watanabe recently wrapped An Artist of the Floating World, an 8K TV movie (represented by NHK Enterprises) based on the acclaimed Kazuo Ishiguro novel of the same name. Watanabe talks to TV Asia about his performance as an aging painter reflecting on his life in the aftermath of World War II.

TV ASIA: How did you come to be involved in An Artist of the Floating World?
WATANABE: NHK gave me an offer after it got the rights to the Kazuo Ishiguro novel. I hadn’t read the novel, but I had a feeling it would be a great project. Then I started reading the novel and was so regretful! [Laughs] It was so complicated, such a tough story, and some parts were flat, where nothing happened. But, something connected me to the story, and I had such an intimate feeling of the character. I was still wondering, How can I [embody] this character [Masuji Ono]? Then the scriptwriter, Yuki Fujimoto, gave me a great script; it was really compact, with excellent dialogue and good flashback scenes [as the central character recalls incidents from his past]. We felt we could make a great film. Once I had the script, it was easier for me to get into the character—it was comfortable.

The story’s theme is actually quite difficult. This story is a classic novel, and it has a lot of things that are difficult to understand. However, there is a comedy element; some parts are funny. It was a challenge to bring out that comedy touch, something other than the super classic novel. It’s not something that will make you burst into laughter—it’s a different type of comedy.

TV ASIA: The film was made in 8K. Is there a more intimate connection for the viewer, given the image quality?
WATANABE: That’s right. During the shooting, we didn’t think about the 8K. To be honest, I saw it for the first time in 8K [at the MIPCOM premiere]. In this story, there’s a pivotal moment with the smell of something burning, bringing out adverse feelings in the character I play. There is, of course, the visualization of flames and smoke—something is burning, you can see it. With the ultra-high-definition image as well as the 22.2 surround sound that 8K has, it feels like more than just watching it—it appeals to all senses. It pierces through your senses. It’s not that this happens because it’s 8K. It’s more that 8K brings out emotions that you never felt before. Because of the emotion brought out from the audience, you can connect with them and the story with different senses. It’s a more sensitive connection.

TV ASIA: How is the streaming industry impacting film and television in Japan?
WATANABE: Before, you had to rent or buy DVDs. Now you can get series easily. You can be binge-watching a series all in one go. The audience can judge quickly if a series is boring, and they’ll just turn it off. This makes the actors, producers and creators think more about coming up with great ideas that will be accepted by the audience. In the past, we had an attitude toward good stories—you could take a long time to make them perfect. Now, time is limited. You have to put things out quickly. In the last year in the film industry, there’s been a fight between the distributors and [streaming platforms]. The audience has already gone to the other side [and wants immediate access to movies]. I personally dislike the idea of distributing films into mobile phones so easily, because of the size of the device, the size of the frame. To us actors, the size of the frame is very important. Home TVs are good quality and large, so if you’re looking at a film on TV, it’s OK.

TV ASIA: What themes in An Artist of the Floating World will resonate with international audiences?
WATANABE: Kazuo Ishiguro was born in Japan and raised there till he was 5 years old, and then his whole family relocated to England. Kazuo was born in Nagasaki, the city that was a victim of the nuclear bomb attack. Kazuo has more Japanese DNA than Japanese people in other places. He is British, but he kept his Japanese roots. He studied traditional Japanese films. He has a lot of inspiration from Japanese literature and movies. So Kazuo was inspired by Japanese culture. Kazuo felt this story had to be shot as a Japanese production, with a Japanese crew and actors. Shooting this film revived a sense of the good old days in Japan. Japanese audiences and also international audiences can learn about these aspects of classic Japanese times. It’s a good opportunity to introduce that through this story.

Tags An Artist of the Floating World Ken Watanabe

Mansha Daswani is the editor and associate publisher of World Screen. She can be reached on mdaswani@worldscreen.com.
Previous Mediacorp Offering Esports Toggle Channel for SEA Games
Next IMDA’s Howie Lau on Singapore’s Media Industry 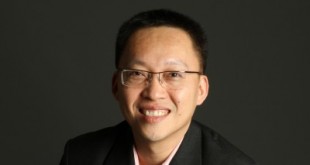