Yang Xianghua, the president of the membership and overseas business group at the Chinese video streaming giant iQiyi, discussed the platform’s international aspirations during his APOS 2020 Virtual Series keynote and the need to align with local content creators across AsiaPac.

Yang, speaking with Media Partners Asia’s Vivek Couto, said iQiyi is now available in nine languages as it seeks out customers outside of China. “We have operations in most of the Southeast Asian area, such as Singapore, Indonesia, Malaysia, Thailand and the Philippines. We have limited operations in North America, Australia and Europe. In the coming months, we will open our service in Korea, Japan and other territories like the Middle East.”

He continued, “In some parts of the world, it’s better to be one of the top players in the market. In other places, it should be a niche service targeted to specific audience groups. It depends on whether our service has advantages in that particular market.”

iQiyi was built on two key components, Yang said: “Cutting-edge technology and high-quality content. During the past ten years, we have made enormous investments in both. And we are bringing those advantages to our international business.”

On how COVID-19 has impacted iQiyi, Yang noted that the pandemic “has fundamentally changed viewer habits all over the world. It has changed how people watch movies and their entertainment habits in general. We know it’s not going to be over soon. We have been thinking of innovative ways to provide a better service for our users and different ways to provide our service after the quarantine. Also, international travel might remain limited in the near future, which has slowed us down in our expansion plan because we cannot meet with local partners on local terms.”

With its main base in Beijing and international headquarters in Singapore, Yang said iQiyi is also looking at setting up local offices in Thailand, Malaysia, Philippines and Indonesia.

As for the content strategy outside of China, Yang said, “We will be a video platform focused on Asian content, not just Chinese content. It might take a few years to establish the relationship with local content providers. We respect artists and creative production companies. Our role is to let them do what they are best at. We are here to support and help with that. In the past decade, we have established great relationships with Chinese artists, and moving forward we are trying to build our own production team in Korea, in Japan, and hope to cooperate with artists closely all around the world.”

iQiyi is also looking to telco and device partnerships as it works to build its reach globally. Southeast Asia, its key international market at present, presents a raft of opportunities, Yang said. “Southeast Asian countries are fast-growing markets. The biggest challenge for us is our understanding of the local markets. We need to know the users and their content-consumption preferences and how we can cater to their needs. Chinese content is our strength, but Chinese-language [content] doesn’t appeal to the mainstream audience yet. Therein lies an opportunity to challenge the consumer. Chinese cultural dramas perform well in the market. There are clear demand signals we are picking up. We are getting to know our users and we are acquiring the best content for local markets.”

Yang has already seen that shows can resonate in both China and Southeast Asian markets, citing Youth With You, which fared particularly well in Thailand. The series demonstrated the “potential of bringing international celebrities into our Chinese variety shows. At the same time, we are bringing Chinese talent overseas and helping them to build an international fan base. The celebrities will attract attention to our content and when we get users to start watching, they will discover more quality content on our platform.” The finale of the show was streamed live in three languages, Yang said, Chinese, English and Thai. “It was a breakthrough for us.”

As for business models, Yang said AVOD will be the dominant revenue stream for iQiyi in Southeast Asia over the next five years at least. “Southeast Asian countries are very similar to China five to ten years ago. Ten years ago in China, all the consumers watched content for free. Five years ago we figured out a way to make users pay for the content. We are not selling content to users, we are selling advantages to the users. You have an early-watch advantage, or you can watch the content with better quality. In Southeast Asia, most of the countries are free with advertising markets. We are trying to attract viewers first from their traditional watching habits to digital watching habits. When they are used to consuming content online then we’ll try to make a small part of them subscribe.”

Yang will remain focused on two key metrics for iQiyi’s international business: the number of users and how much time they spend with the platform. “In the first five years, our goal is to be in the top three of services in the market. If possible number one.”

Mansha Daswani is the editor and associate publisher of World Screen. She can be reached on [email protected]
Previous HBO GO Clinches New Deals in Taiwan, Philippines
Next Janice Lee on Viu’s Content Lineup, Driving Subs 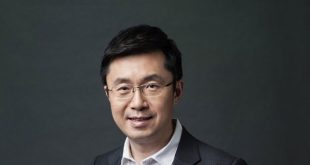 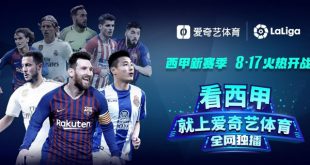 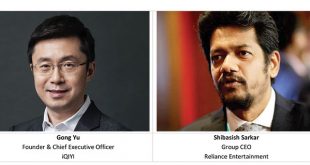 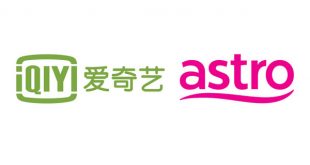 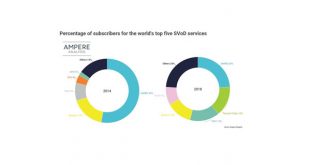 Ampere: China Home to Three of the Top Five SVODs 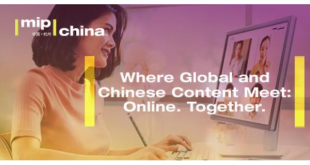