Signaling its ambitions in Southeast Asia, Disney+ has tapped Ahmad Izham Omar as executive director of content and creative for the streaming service in the region.

Based in Singapore, Omar will oversee assembling a portfolio of series and movies for Disney+ in Southeast Asia, including acquisitions and originals. The service has launched in Indonesia as Disney+ Hotstar. No further details on its Southeast Asian ambitions have been announced. Omar, who most recently served as CEO of Primeworks Studios (PWS) at Media Prima Berhad, will report to Amit Malhotra, regional lead for emerging markets at The Walt Disney Company Asia Pacific.

“Izham is a proven leader in the entertainment and media space and a man of exceptional talents,” said Malhotra. “He joins the team at an important juncture when Disney+ is expanding its footprint in Southeast Asia, and his strategic vision, breadth of experience and outstanding leadership will be key in steering Disney’s creative engine and delighting subscribers with the magic of our storytelling.”

Mansha Daswani is the editor and associate publisher of World Screen. She can be reached on [email protected]
Previous HBO Asia Readies Adventure of the Ring
Next Rising Stories Seeks Chinese-Language Screenplays 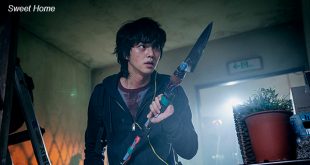 Netflix is expanding its lineup of Korean content, adding three films and four new shows to its slate.