Caracol’s The Voice of Freedom Debuts in Thailand

BOGOTÁ: Caracol TV Internacional has sold The Voice of Freedom into Thailand, where the series airs every Monday through Thursday at 7 p.m. The country’s Thai TV network picked up the series, which originally aired on Colombia’s Caracol Television. The show follows the life of Helena Vargas, a woman with a powerful voice who overcame … 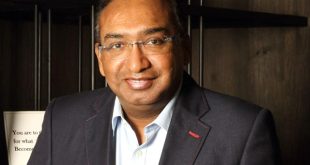 Applause Entertainment CEO Sameer Nair tells World Screen Newsflash about the exciting opportunities emerging in Indian storytelling as global and local streamers alike battle for subs, and how he and his team are now looking to expand their unique model to the international marketplace.