The eighth edition of MIA—Mercato Internazionale Audiovisivo (International Audiovisual Market) is slated to take place in Rome from October 11 to 15, with a focus on European and international animation, docs and factual, drama and film.

The event has seen significant growth since its first edition, with an average of 2,500 delegates attending the last one. “MIA has radically changed throughout the years, fostering co-productions and the circulation of audiovisual works,” says Gaia Tridente, newly appointed director of MIA. “Today, MIA is one of the key events among the European network and, with an impressive lineup of conferences and speakers, has set its place among the 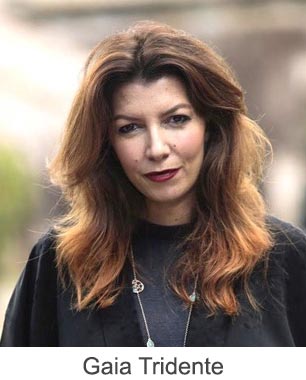 The eighth edition of MIA will feature an enriched co-production market and pitching forum, featuring a brand-new animation section, added to the preexisting ones dedicated to documentaries (features, series and one-offs), drama series and films. “A week after closing the call for entries of the animation, doc, drama and film co-production market, I’m proud to share that this year marks a milestone for MIA,” Tridente says. “We received the highest number of international projects since MIA was created.”

“We could not be more excited and are truly humbled that so many creators, producers and executives worldwide thought of MIA and our co-production forum as the platform of choice to publicly pitch their new shows.” The selection process is underway, and the shortlist of finalists will be shared by mid-September.

“Today, MIA offers a wide range of specific programs for the whole industry,” Tridente notes. “Alongside the dedicated co-production market and pitching forums are content showcases, tailor-made networking activities as well as a lineup of conferences “tackling the latest and hottest topics among industry insiders,” she adds.

Alongside the new animation strand, MIA, this time around, is offering support to the Ukrainian audiovisual industry, thanks to its collaboration with Film.UA and Media Resources Management and the Kyiv Media Week organizers, within the brand-new B2B Exchange Program. “We are fostering a series of actions focused on supporting the production of films, drama series, documentaries and animation from Ukraine,” Tridente says. “MIA will host a delegation of Ukrainian producers, distributors and the national broadcaster, fostering new projects through the Ukraine Content Lab with a dedicated booth at Palazzo Barberini and presenting successful collaborations that happened in recent months between Ukrainian and international content makers in terms of production and distribution, including series, docs, feature films and animation.”

The MIA event was created by and is currently supported by APA (Italy’s Association of Audiovisual Producers) and ANICA (Italian Association of Film, Audiovisual and Digital Industry). “It was born out of a previous positive experience, directly managed by the Rome Film Fest Foundation,” says Giancarlo Leone, president of APA. “It was called the Business Street and paved an unexplored way in Rome after the traumatic closure of MIFED (the long-running film market devoted to the film industry whose last edition was held in Milan in 2009). Based on the results of the resources and the potential of the market, in agreement with the Rome Film Fest Foundation (which dedicates some internal resources to MIA), ANICA and APA, with the decisive support and contribution of the Ministry for Economic Development and of ICE (the agency for the promotion abroad and the internationalization of Italian companies), have given birth to a new reality which, in a few years, has become an essential point of reference for the international market.”

Francesco Rutelli, president of ANICA, says that MIA is a “rare example of an audiovisual industry business event born out of a partnership between private and public bodies. In particular, as a collective entity of the entire value chain, ANICA, together with APA, directly produces MIA, transferring knowledge, up-to-date information, trends, analysis and the collective needs of the entire industry. This approach allows MIA to be a very efficient environment.”

For Tridente, meanwhile, this event marks her first as director, following five editions as head of the scripted division. “My ambition is to produce a high-quality edition of MIA, representing a turning point that will meet the needs of the global industry’s ecosystem and bringing content in all its formats and genres at the center of the market,” she says.

“MIA is a curated market event, a unique and stylish conference for the whole audiovisual industry, hosting specific programs for different formats and genres such as animation, doc and factual, drama series and feature film and with a focus on innovative technologies for creative industries,” says Tridente. “Throughout the years, MIA has gained continuous interest from European and international professionals: top decision-makers, networks and platforms discuss the opportunities and challenges of the audiovisual production and distribution in today’s international content paradigm at MIA. MIA is also an essential platform to discover the many opportunities in Italy, from soft money to international co-production schemes (on regional and national levels), as well as discover the excellence of creativity, talent and production companies based in Italy.”

The main goal, she says, is to support the audiovisual industry by creating a network and platform that “facilitates and supports the creation of original content, which is selected in our co-production markets, through a thorough selection and specific program to support producers’ access to market.”

The 2022 event will be held at Palazzo Barberini, a 17th-century palace in Rome housing part of the National Gallery of Ancient Art, where delegates can set up their one-on-one meetings among the frescoed rooms and the unique art collection. Palazzo Barberini and its gardens will also host networking lounges and spaces devoted to companies’ booths. The MIA program will also take place at the historic and recently fully renovated Barberini Theater, originally built by director Roberto Rossellini’s father in 1930, where sessions such as pitching forums, panels, conferences, showcases and keynotes will be held.

Meanwhile, the MIA digital platform will allow delegates to have access to all sessions (live and on-demand). The digital platform has been central in the last few years, Tridente says, “to connect everyone staying safe at home, especially for those players who weren’t able to travel to Italy during the pandemic.”

She adds, “We look forward to the forthcoming edition that promises to be brighter than ever!”

Kristin Brzoznowski is the executive editor of World Screen. She can be reached at kbrzoznowski@worldscreen.com.
Previous WARC: Media Inflation Driving Up Ad Costs
Next Screen Australia Selects Nine Projects for Production Funding 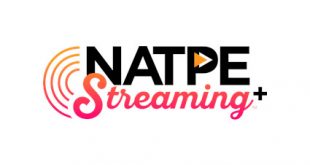 NATPE Streaming+ to Return in September

NATPE Streaming+ will return to Los Angeles on September 29 with a focus on content creation, collaboration, monetization and churn.