The Impresa Media Group bouquet boasts eight TV channels, including the flagship free-to-air Portuguese network SIC, as well as two publishing assets. Its content-distribution department has established itself in the international market as a reputable supplier across a number of key genres. Previously operating as SIC Content Distribution, it is now called SIC International Distribution, handling both content sales as well as the distribution of linear channels from the Portuguese media group. “The recognition of the quality of SIC’s fiction has made it unstoppable as it continues to make its way around the globe,” says Cristina Vaz Tomé, member of the executive committee and chief revenue officer at Impresa.

“In a world that tends to become a global community, SIC has taken the first steps into crossing borders, delivering our content and channels both to traditional and new-media partners,” she adds.

While Portugal has been impacted just as the rest of the world by the coronavirus pandemic, SIC International Distribution is in good standing to help buyers around the world fill their programming needs. “Due to last year’s strategy of preparing the content for international distribution, we managed to have some dramas ready to deliver,” Vaz Tomé says.

She highlights a number of “ready-to-go titles” from the company’s catalog that are proving popular. International Emmy winner Blood Ties has sold to Indonesia, and Frozen Memories, which was previously dubbed in neutral Spanish, premiered in Mexico and is about to debut in three other LatAm markets. Also, Portuguese-speaking territories such as Macau and Timor are able to tap into SIC International Distribution’s slate for completed shows that are broadcast-ready.

In terms of what’s trending in the scripted space, Vaz Tomé says its series with “glocal appeal and high production budgets for our daily drama, focused on global themes such as love, strength and honor. The importance of values balances with the needs of a sustainable society and the protection of our planet.”

Nazaré, which has been a ratings hit on SIC, is a prime example. “Family-oriented, this fresh story is suitable for any channel’s programming grid,” says Vaz Tomé.

The series centers on a strong, beautiful woman who will do anything to save her mother’s life, falling into the hands of villains who will blackmail her while realizing she has fallen in love with the man she agreed to destroy. The story is set against the lush backdrop of the Portuguese capital of big wave surfing, a small town where surfer Garrett McNamara became a Guinness World Record holder for the largest wave ever surfed. (He even has a cameo appearance in the novela, playing himself.)

Nazaré has been sold into more than 20 countries, “and adds on to a list that gets bigger by the day,” Vaz Tomé says.

Living Passion, meanwhile, has been broadcast in over 23 countries, from Canada to the Middle East. The series is on its way to Georgia, where it will air on Georgian Public Broadcasting’s Channel 1.

Lucky Break, which debuted last year in Portugal, has made its way to Russia and is now piquing the interest of OTT buyers in CIS territories.

“On our news channels and news programs, we produce documentaries and news series that are recognized and that have been internationally awarded,” Vaz Tomé says of highlights in the way of non-scripted content. For one, the docuseries World in Sight, featuring 4K footage from some of the most secluded places on the planet, is ripe for sales, satisfying viewers’ desire to see the world while stuck at home.

“To keep focused, remember and dream about overcoming hard times and be back to traveling, meeting people and enjoying good food, we’ve noticed an increase in attention to our lifestyle content,” Vaz Tomé adds. Boa Cama Boa Mesa, for example, invites viewers along to the best hotels, restaurants and leisure points of interest that Portugal has to offer.

“There has been a big effort in following up closely with clients, adapting quickly to the changes caused by COVID-19 to respond to the demands of the millions self-isolating around the world,” says Vaz Tomé, noting that the company has expanded its product offering to reinforce its presence in international markets.

“On our news channels and news programs, we produce documentaries and news series that are recognized and that have been internationally awarded. Along with it, our quality fiction continues to make its way around the globe, reaching the homes of people worldwide.”

Kristin Brzoznowski is the executive editor of World Screen. She can be reached at [email protected]
Previous Streaming in the Age of COVID-19
Next Apple Inks First-Look Deal with Ridley Scott’s Scott Free 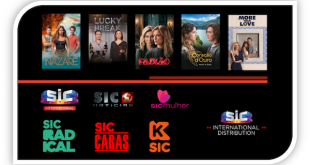 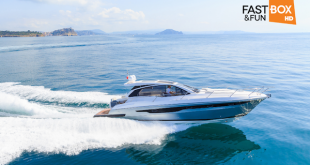 SPI International/FilmBox and Monaco Telecom have signed a channel distribution agreement to expand the offerings available to Sports Package subscribers in the country.