“At FOX Entertainment, we’re engaging every part of the company, including FOX Alternative Entertainment and Bento Box, to develop original titles for Tubi,” said Charlie Collier, CEO of FOX Entertainment. “Working together as one, we are combining all of our skills and talents with Tubi’s data-driven technology, to produce original content that speaks directly to Tubi’s passionate streaming audience.”

“Our data-driven original programming approach represents an important and strategic step in moving forward Tubi’s successful track record of disrupting the norm, and its longstanding mission to give our audience more of what they want,” said Farhad Massoudi, CEO of Tubi. “Our strategy super-serves audiences with smart and sensible content by tapping into what they are consuming, and the genres that are most popular on Tubi.”

According to Tubi’s newly released audience data, the median age of the platform’s viewers stands at 37 to 20 years younger than that of linear TV. It has also found that 39 percent of its audience identifies as multicultural. Additionally, 68 percent of Tubi’s audience does not watch other ad-supported streaming services.

Tubi has more than 30,000 movies and television series from more than 250 content partners, including every major studio, in addition to the largest live local and national news channels. The platform gives fans of entertainment, news and sports an easy way to discover new content that is available completely free.

Kristin Brzoznowski is the executive editor of World Screen. She can be reached at kbrzoznowski@worldscreen.com.
Previous U.S. SVOD Subs Grew 24 Percent in Q1
Next Little Dot Studios Hires for U.S. 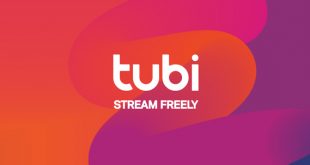